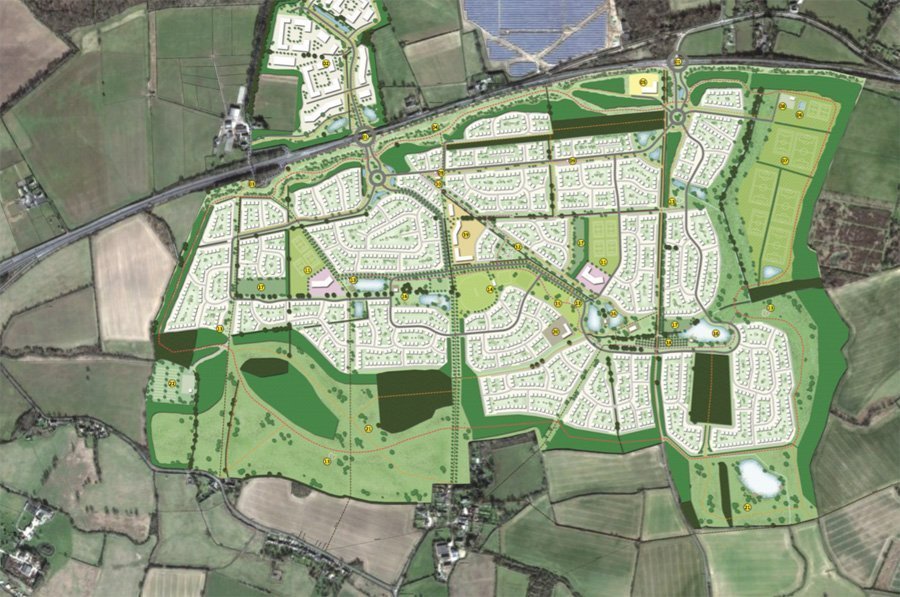 Villagers are fighting ‘dangerous’ plans to build up to 3,000 homes between Witney and Eynsham.

The Barnard Gate Garden Village masterplan put forward by developer Gladman includes primary schools, shops, a science/business park and a new country park, as well as plans to widen the A40.

But action group South Leigh Against Gladman says the plans will wipe out the area’s small rural community and there is insufficient infrastructure to cope with the development.

A spokesperson for the group said: “[The development] will bring the A40 to a standstill and will be dangerous.”

She added: “Witney does not have the resources to support 3,000 houses – GP surgeries, Witney hospital, shops, parking etc will not cope.

“The Gladman proposal [would mean] merging Eynsham with Witney and wiping out the green corridor that currently separates these communities and provides a haven for the abundant wildlife that lives here.”

The Barnard Gate plans come after existing proposals to build the 2,200-home Oxfordshire Cotswolds garden village to the north of Eynsham.

The government-backed plans are included in West Oxfordshire District Council’s local plan, which outlines the building of 16,000 homes across the district in the next 15 years.

But the Gladman plans are not included.

The leader of WODC James Mills said: “As an application has been made by Gladman, it will have to be considered by the planning committee.

“A development of this size would inevitably effect the whole of the district and therefore I encourage local people to have their say and ensure that their comments reach us.”

A spokesperson for Gladman said: “Barnard Gate Garden Village is more than just a new housing development, it is a forward thinking place which will become home for people now and into the future.

“This new, sustainable garden village will offer a real opportunity for many people, including young professionals or those with young families, to get on the property ladder.

“The science park/business park will provide an attractive location for new business and will provide employment for both residents of Barnard Gate Garden Village and the wider area.

“The development of this garden village will also bring much needed improvements to local infrastructure.”

To comment on the plans before March 8, visit westoxon.gov.uk/planning and search for application number 18/00273/OUT.