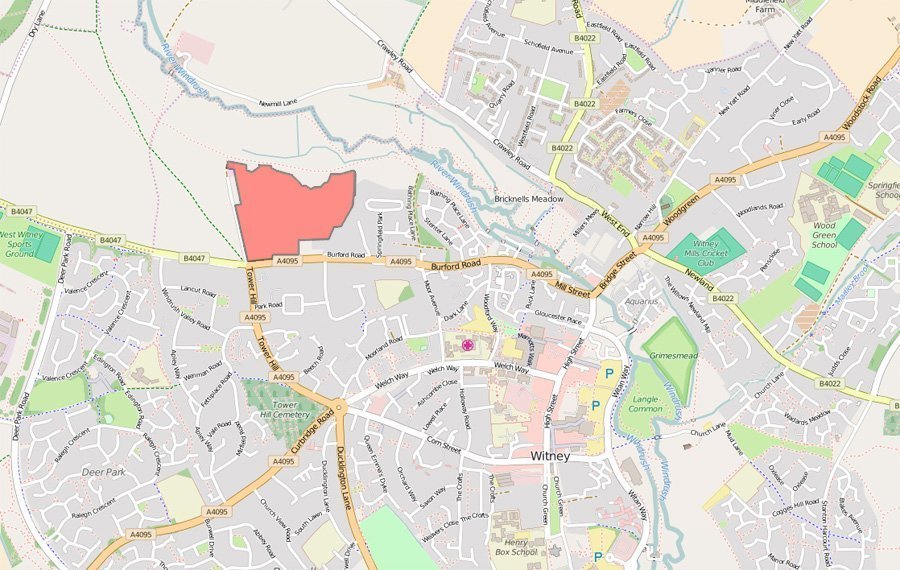 An appeal against a council’s refusal of planning permission for a development of  270 houses in Witney has been allowed by a Government inspector.

The original proposals for the homes on land north of Burford Road were rejected by West Oxfordshire District Council in November 2014.

And after a revised plan for the scheme also met with refusal in May last year, Gladman Developments lodged its appeal.

Last Thursday, the inspector, on behalf of the Secretary of State for the Environment, ruled that the developers’ appeal be allowed and planning permission granted.

The green light was granted to the project because WODC had ‘an out-of-date’ housing plan, his report said.

The 100-page document added: “As the council cannot demonstrate evidence of a five-year supply of deliverable housing sites across the local authority area, the Secretary of State concludes that the relevant development plan policies for the supply of housing are out of date…and, in line with the presumption in favour of sustainable development, he considers that permission should be granted.”

In particular, the report said it ‘attaches limited weight to WODC’s policies’ as the council has suspended its West Oxfordshire Local Plan 2031 to revaluate its housing requirements.

“It’s part of our natural heritage that we have this lovely river valley so we are looking at every way that we can to challenge the ruling, but it is a huge blow.

“It’s very unwelcome news and we still have to analyse the possible ways of challenging but it’s not obvious what we do next.”

WODC turned down the revised plan after officers described it as an “illogical urban extension of the town.”

But the inspector’s report said “the proposal would not unacceptably diminish the special character” of the Witney area, leading angry residents to take to social media to voice their displeasure at the appeal decision.

The Windrush Valley Protection Group said: “Very sad and disappointed that planning has been granted. To say we are surprised is an understatement.”

“The proposed development sets a very dangerous precedent for future development and widescale destruction of the Windrush Valley.”

Witney Town Council said it is “extremely saddened” by the decision, while WODC said it was “extremely disappointed”.

Rosemary Thompson-Beckett posted on Facebook: “That is a bitter blow! Disappointed to hear the valley will be destroyed!”, while Catherine Henthorn commented: “Goodbye beautiful countryside.”

Fears have also been raised over a plan by a separate applican for 75 homes on land behind Springfield Oval.

Cllr Andrew Coles said: “I am very concerned that they will now try and connect the two so the Gladman development will have another access route through Springfield Oval.”