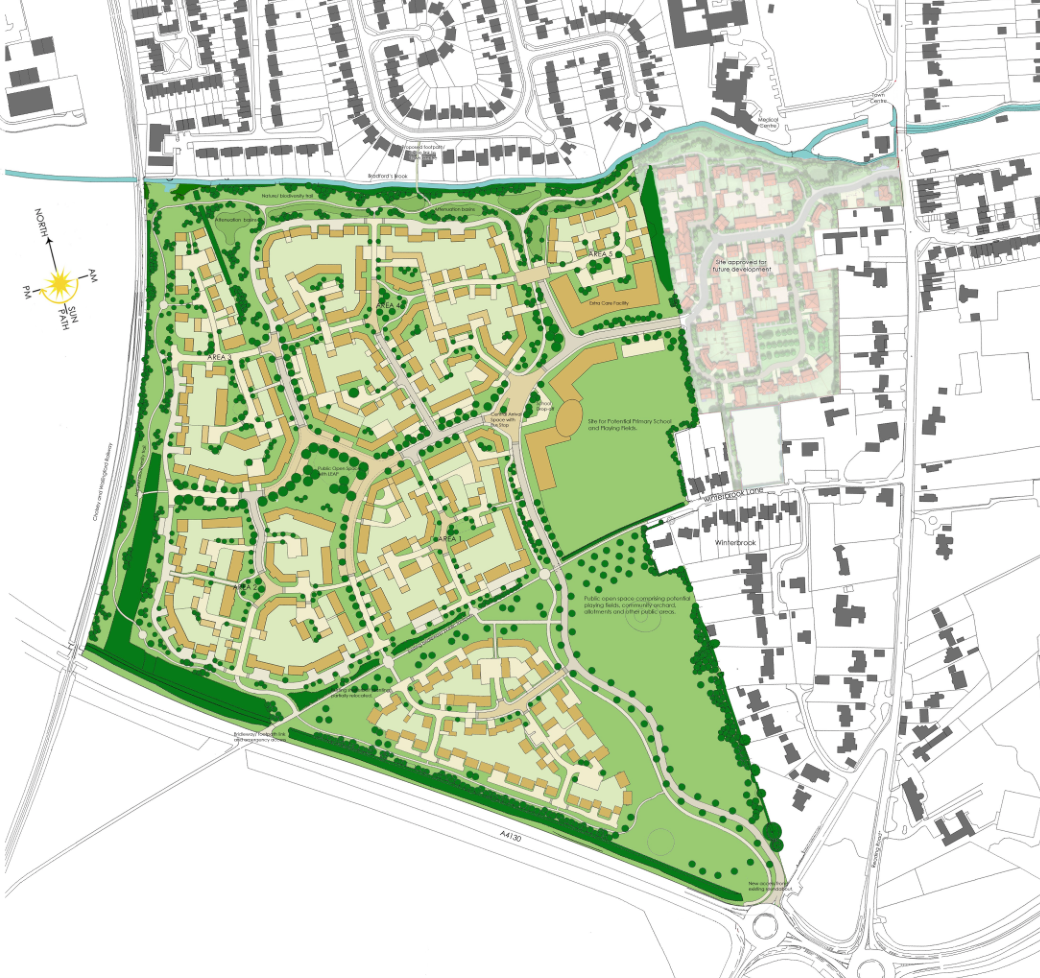 A PLANNING application for 550 new homes off the historical site of Winterbrook has been submitted and is now under dispute.

Berkeley Homes have submitted the application to South Oxfordshire District Council (SODC) to build the new homes at Winterbrook, off Reading Road, north of the Wallingford Bypass.

At their Plans and General Purposes meeting on Monday January 23, Wallingford Town councillors objected to the plans, saying SODC’s recommendation exceeds the number of houses for Wallingford.

They also raised concern over sewage and drainage, and that the site would be on a flood plain area.

He said: “Far too much is made of the fact that one famous writer once lived along this road. Our town should be planning for a vibrant future, not obsessing over the past, and trying desperately to cling onto it.

“The attitude for far too long has been that new estates in the area should go to Didcot, and Wallingford should be preserved in aspic. As a result, commerce in Wallingford is in decline.

“Residents are increasingly forced to travel to Didcot, Abingdon, Oxford or Reading, to access needed services leisure or shops.

He added: “Wallingford should welcome sensible growth. We need investment in infrastructure, which substantial new development will bring.”

Two other nearby residents, PM and PJ Champ, said: “We have been here since 1967. We think Wallingford is dieing. It needs waking up. This just might make the difference.

“Hopefully new people will help us to get another supermarket here. So we are NOT against new building. We understand there is a great demand for housing everywhere so why not here.”

Amanda Weldon, a resident who opposes the plan, said: “The proposal includes three and four-storey buildings. These will not fit in with the design of buildings in the Chilterns and should be lower.

“This piece of land should be used for extending the GP surgery and hospital.”

Claire Brenner, also opposes  the plans. She said: “I object to the development due to lack of infrastructure in the town.

“The secondary school is already at capacity, the roads are congested and in an appalling state in this area, and there is inadequate doctors surgeries, NHS dentist etc.

Wallingford councillor Imran Lokhon said: “We have already got a plan in place for over 500 homes on Slade Farm. We want to see that site come first.

“We accept that we need housing but to then have another 550 would be overdevelopment.”

Lynda Atkins, an independent Wallingford councillor, said: “I think it will be a huge strain on the town infrastructure. I hope that they take in account the future of the county.”