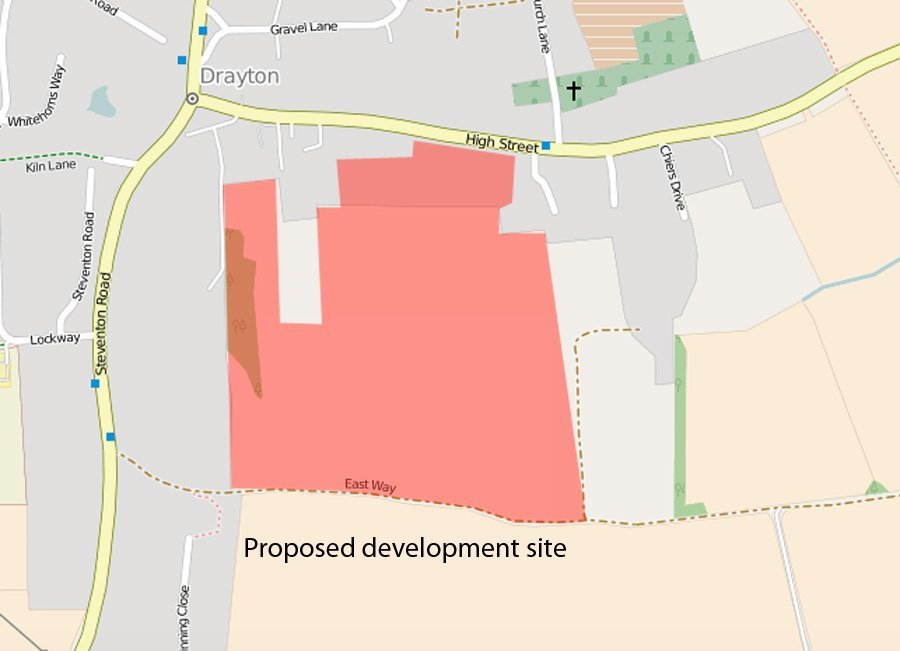 Contentious plans to build 140 homes on green space in a village near Abingdon have been approved despite fears from residents over increased traffic.

The homes would be built on land south of High Street in Drayton and see new pedestrian and cycle routes built as well as a new park.

In a report published for the meeting last week, council officers recommended them for approval.

Resident of nearby East Way, Sharon Hagen, objected to the application during the council’s consultation.

She said: “The roads around Drayton are already completely choked in the mornings.

“Adding more housing and cars is going to make this problem even worse.

“Even without the additional housing we are considering moving house because of the congestion in the morning when we need to get to work.”

“In addition, the area of land provides much needed green space.”

The development would sit on green land between High Street and Drayton Park Golf Club, east of the B4107.

Vale council received 13 letter of objections from residents, which said that ‘too many dwellings are proposed’ and ‘traffic generation will lead to congestion’.

The land has not been allocated for homes in the Vale of White Horse Local Plan 2011 but has been earmarked for houses in the Drayton Neighbourhood Plan.

Drayton Parish Council had previously objected to the scheme due to drainage and traffic issues, but after an amended application was submitted by developers Bloor Homes in January, the parish council withdrew its objection.

A statement by the developers, submitted by property consultants Savills, said: “This scheme is demonstrated to offer a means of delivering sustainable residential development in a highly sustainable location within the village.

“The proposal has been designed to minimise its impact on the local environment.

“The proposal clearly demonstrates an entirely deliverable, sustainable development that will deliver much needed housing.”

Vale council’s planning committee met at 6.30pm yesterday at The Beacon in Portway, Wantage to vote on the proposal.