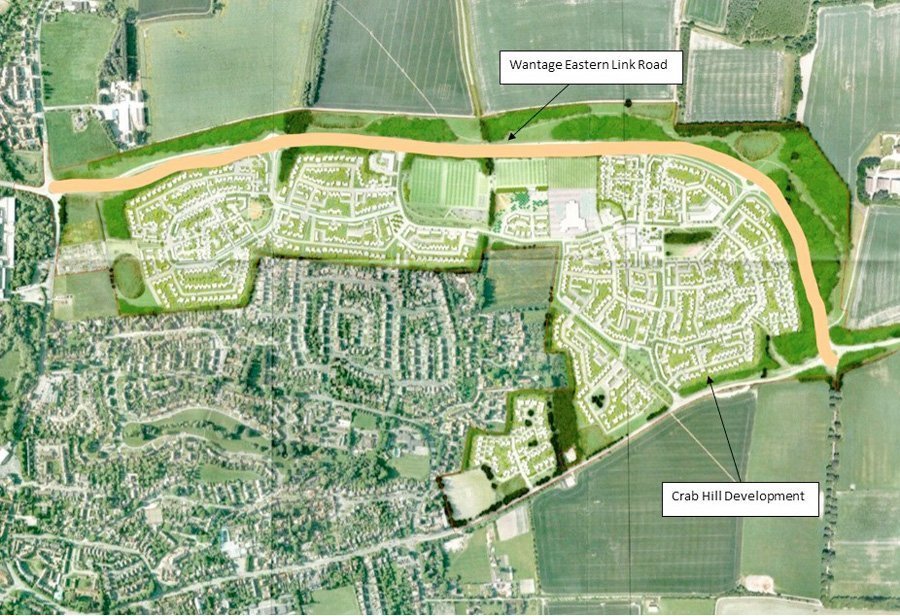 Wantage will receive nearly £8million to build a relief road around a new development bypassing a commuter road outside a primary school.

The Wantage Eastern Link Road will exit the roundabout at Mably Way near Grove and join the Reading Road east of the town, cutting out commuter traffic through the heart of the small village of Charlton.

The road connecting the A338 to the A417 will be built around the perimeter of the new 1,500 home Crab Hill development adjacent to Charlton.

By skirting around the edge of the development, the road will mean less traffic passing by Charlton Primary School.

She said: “According to correspondence with Councillor Barber in 2014 [Vale leader Matthew Barber], the Vale has also secured the ability to borrow at favourable rates to help accelerate the delivery of infrastructure so there should be no reason for the developers to wait for any houses to be completed before building the road.

“In addition this will release county money which would have been spent on this road for other projects in the area – perhaps they can use it to improve the cycle route out of town along the A417 or even to build the Western Relief Road?”

The total cost of building the road is expected to be around £15million with the remainder of the funds coming from developer contributions and other funding pots.

Councillor Matthew Barber, leader of the Vale, said: “We welcome the funding for the new link road. This route is an important part of our plan to help bring new homes to the Vale over the next 20 years.”

“This funding will ensure infrastructure is provided at the early stage of development and provides better transport links between new housing and areas of employment.”

Development on the Wantage link road is expected to begin next year.