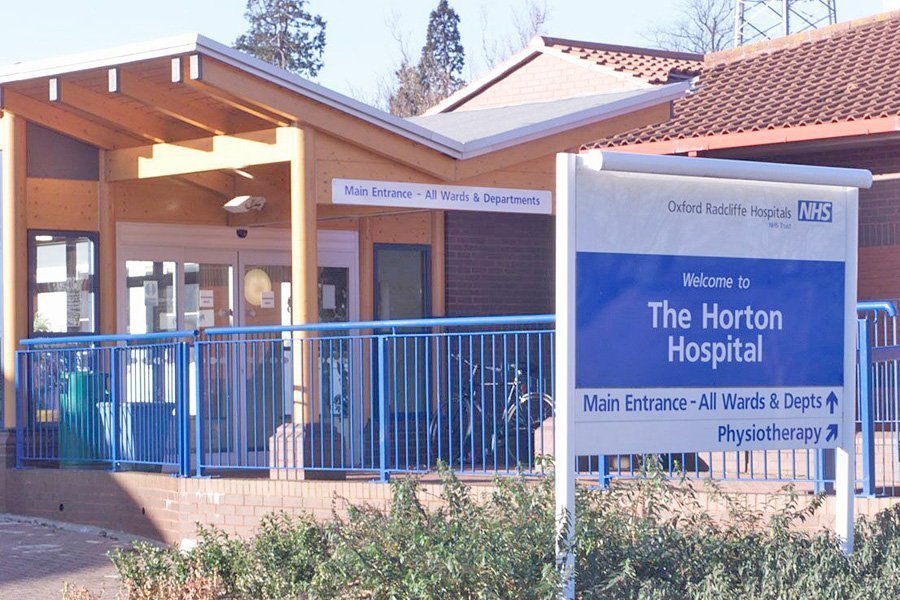 More than 10,000 take part in first round of consultation

The group responsible for providing health care in Oxfordshire has been criticised for the way it consulted on a series of proposed changes to the county’s NHS.

There were more than 10,000 responses in the first round of consultation as part of the ‘Big Health and Care Consultation’.

The independent report said there was “considerable criticism” of the consultation process and “concerns” over whether the Oxfordshire Clinical Commissioning Group (OCCG) would take people’s views on board.

More than 1,400 people attended 15 public events across the county to feedback on plans to reshape the way health services are delivered.

Many respondents saw health services as interlinked and considered having a split consultation “of significant concern as people fear it may inadvertently jeopardise the long-term future of services such as A&E”.

The report added: “Concerns were raised over OCCG’s commitment to listening to people’s views and using them to inform their decision making.”

Phase one of the consultation focused on the use of acute hospital beds across the county, stroke services and maternity, critical and outpatient care at the Horton General Hospital in Banbury.

Thirty-seven per cent of survey respondents in the consultation were from Banbury and the surrounding areas.

In general, people agreed with OCCG proposals to centralise acute stroke care in Oxford and increase outpatient care at the Horton.

But the report said there were “almost universal” concerns expressed over the future of maternity care.

The maternity unit at the Banbury hospital was downgraded to midwife-led status last October and the report added there was “a lack of support” to permanently close the obstetric unit due to travel and safety concerns.

The consultation took place between January and April and the report was due to be discussed by Oxfordshire’s Health Overview and Scrutiny Committee (HOSC) at County Hall today.

No decisions will be made until a meeting on August 10.

Phase two of the consultation, which will cover A&Es, children’s services, and community hospitals, is expected to begin in the autumn.

Delay decisions until all facts known

A member of Oxfordshire’s health scrutinising body has called for decisions on the future of the county’s health care to be delayed.

Health leaders at the OCCG will make a decision on proposals launched as part of phase one of the Big Consultation at an extraordinary meeting on August 10.

But county councillor Laura Price, pictured, believes decisions should not be made until the public has had chance to air its views on both parts of the consultation.

While phase one focused on acute hospitals, phase two, expected to be launched in the autumn, will concentrate on A&Es, children’s services, and community hospitals.

She believes the decision to split the consultation in two has ‘reduced clarity’.

Cllr Price said: “A lot of the answers to the questions that are raised by the first phase are only in the second phase in the proposals.

“What I’d like to see is an acceptance that there are too many unknowns and questions raised by that first phase to be able to implement any permanent decisions without having clarity on what we can provide in that second phase to do with community services and provision.”

When asked about the OCCG’s decision to split the consultation in two phases, she said: “It’s just not tenable.

“In looking at the way the public has responded I don’t see how they can make permanent those changes without now accepting that they need to give the public the other half before making any final changes that they can’t go back on.”

Cllr Price said they intended to raise the issue of delaying decisions at Tuesday’s meeting.

Cllr Price, who represents Witney South and Central, said: “If commissioners and service providers can change the timings of when they want to consult then adequate pushback from the community should be able to dictate that timings can change.” CAMPAIGNERS have urged health bosses to back residents after plans to permanently downgrade maternity services at Banbury’s Horton Hospital were rejected in a consultation.

Proposals unveiled in a consultation in January included reducing the number of in-patient beds, creating a central stroke unit in Oxford, and a permanent midwife-led unit at the hospital.

Last week the OCCG published the results, which received more than 10,000 individual responses.

Although some of the proposals were supported by people, the downgrading of maternity services at the Horton was almost “universally rejected”.

The report concluded there was an “almost universal concern and a lack of support for the proposal to close the obstetric unit at the Horton General Hospital and replace it with a midwife-led unit, because of travel times and the resultant impact these are felt to have on women’s and babies’ safety”.

Campaigners and community leaders in north Oxfordshire say the result was not a “surprise”.

Keith Strangwood, chairman of campaign group Keep the Horton General, said the results spoke for themselves and showed people wanted consultant-led maternity services to remain at the Horton.

He said: “It is clear the plan is to put the pain in the north. It is still clear people are against the proposals.

“Let’s hope the CCG care enough about north Oxfordshire people to listen to these survey results.”

Sean Woodcock, Banbury Labour group leader, said: “It doesn’t surprise me that there is considerable public criticism of the CCG and of their plans to downgrade maternity services at the Horton Hospital.

“These plans will have considerable negative consequences for the people of Banbury and beyond.”

Banbury MP Victoria Prentis said the report provided a “comprehensive overview” of phase one of the consultation and she was “keen” to know what the next steps were.

She said: “We know that the [OCCG]board will be making decisions in August, but at the moment we have no idea what the final proposals will look like.

“It is quite clear from the report that consultees were not given sufficient information to provide informed responses.

“I continue to be extremely concerned about the split nature of the consultation.

“How we move forward remains unclear, but I will be doing all I can to get the answers we need and to retain acute services at the Horton General Hospital.”

Get involved in your GP practice

The importance of patients supporting GP practices is being highlighted as part of a week marking public involvement in local health services.

Patient Participation Groups – better known as PPGs – ensure patient views are at the heart of local provision and offer GPs the opportunity to involve their patients in the running of their practices.

Oxfordshire’s Clinical Commissioning Group (OCCG) is backing PPG Awareness Week which runs until Saturday to highlight the benefits and to encourage more people to become more involved in their surgery’s patient group.

PPG members act as a ‘critical friend’, working in an informal way with practice staff and doctors to help deliver better services.

This allows patients to learn more about health issues and how the wider NHS works.

Louise Wallace, lay member (public and patient involvement) at the OCCG, urged people who want a say in the way their health services are delivered to get involved with their local practice’s PPG.

She said: “We know that each practices’ PPG are very important to the practice and local patients, and have many examples of the positive contribution to how decisions are made about patient care.”

For more information visit the National Association for Patient Participation (NAPP) website on PGGs at www.napp.org.uk/ppgawarenessweek.html

Visit www.theoxfordpaper.co.uk for PPG case studies of how people have benefitted from the groups.