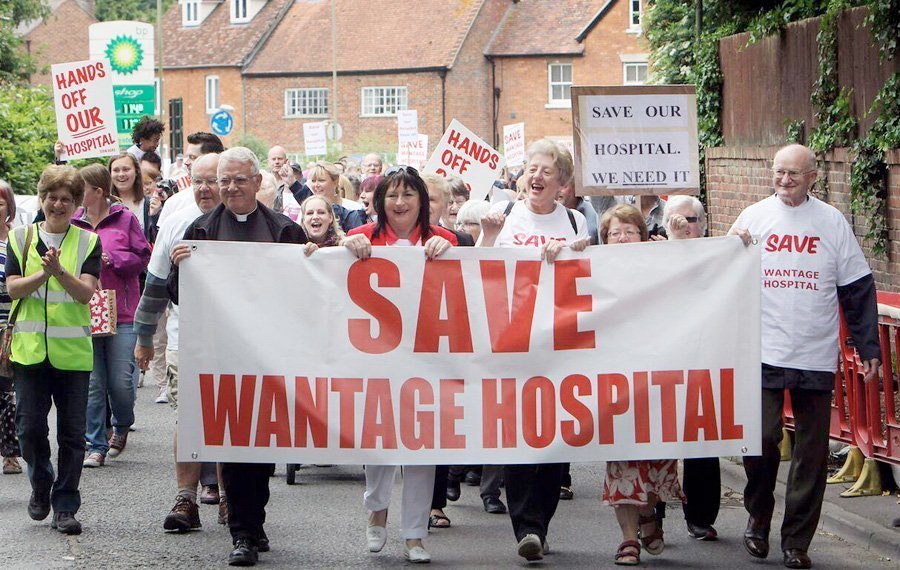 People in Wantage are concerned about what will happen to their community hospital after the first stage of plans for the county’s health services were announced last week.

Decisions were revealed by Oxfordshire Clinical Commissing Group on the initial round of proposals.

According to a CCG spokesperson, public engagement on proposals for phase two – which includes the future of Wantage community hospital – will begin in October, with a view for the consultation to take place in late spring 2018.

Wantage and Grove councillor Jenny Hannaby spoke at a meeting with the health overview and scrutiny committee on Monday last week out of concern for the future of the community hospital but was unable to get a clear response.

She said: “It’s madness that Wantage hospital was not on the agenda.

“I just want to secure the future of the hospital.”

She said that due to the split consultation this could mean that the inpatient ward at Wantage community hospital, which was closed in June 2016 would be closed for two years.

More than 3,900 people signed a petition to save the hospital after Oxford Health closed the 12 beds there last summer after the health trust claimed there was a significant risk of a legionella outbreak in the hospital’s plumbing system.

The bacteria can lead to pneumonia.

The trust offered a compromise to keep the physiotherapy and maternity services open.

In January, the Wantage Town Council’s health committee reported at a meeting that latest tests showed there was no legionella in the hospital plumbing.

A representative from the trust said: “The trust has set aside funds to undertake work to replace the water system however, these will not commence until the outcome of the Oxfordshire Sustainable Transformation Plan public consultation in the region is known.

“We are continuing to provide the physiotherapy service from Wantage until the end of September when the service will move to a new provider, having been re-tendered by CCG earlier this year. The location of future provision is down to the new provider.”