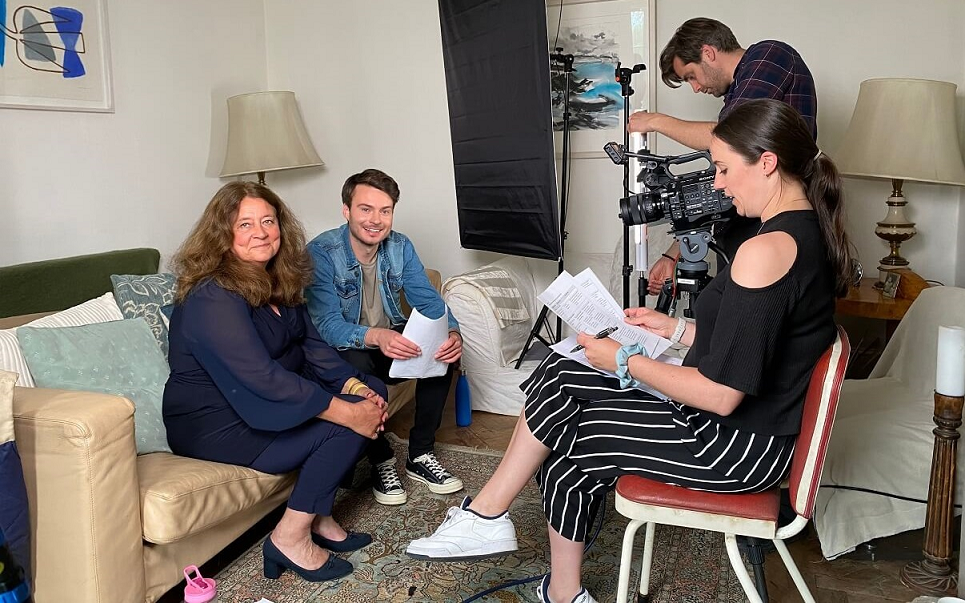 Alcohol Awareness Week is 15th-21st November, with a UK theme of Alcohol and Relationships. A Brize Norton family is hoping to raise awareness of alcoholism among young people with the launch of a new video ‘Wish You Could Have Stayed’ which has already been put forward for screening at the Cannes Corporate Media & TV Awards, noticeable winners include Sir David Attenborough with ‘Light On Earth’.

Sally and Henry Maybury (mother and son) had been travelling around the UK visiting schools, prisons and rehabs when covid struck and their work completely stopped. So they took it upon themselves to raise funds to create a documentary style educational video which focuses on the story of Tom, Sally’s son and Henry’s eldest brother who died at just 29 years after gradually slipping deeper and deeper into alcoholism. 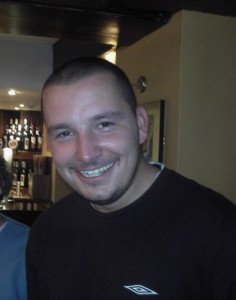 It has been produced by the internationally renowned Casual Films and Sally and Henry are now planning to get the video into as many schools as possible across the country with the hope of getting it on the national curriculum.

Musician Henry said “Unfortunately there is a negative stereotype for addicts, but this was not like Tom at all.  He had so much going for him so we wanted to get the message out to people that this is something that can happen to anybody from any background.  ‘Wish You Could Have Stayed’ tells the story of someone who had so much potential but who simply lost their way in life and began to use alcohol as a coping mechanism.”

It is an extremely well made and professional educational video created by Casual Films and will appeal to a large demographic connecting with audiences of all ages and across all professions. It conveys a powerful message, one that Sally and Henry feel very strongly about and want to get out there for all to see.

Henry said “We are particularly keen to target schools, young people from about 12 to 18 and universities. These are among the most impressionable and at great potential risk from life and peer pressures.

“I am so happy with the end product of the documentary style educational video. It’s great to see that my songs ‘Lost Days’ and ‘Every Night and Day’ are part of this project to raise awareness and more importantly to connect with anyone who may be struggling with addiction and mental health. It’s essential that we help them and assist them to understand that they are not alone.”

Henry and Sally want to get this video into as many schools in the UK as possible and are in talks with MPs and Councils to see if they can help with this, hopefully getting it onto the curriculum.

Sally said “It’s important for people to realise that they are not alone, that there is help available and they must talk about their situation to let their feelings out, whether they live in the environment of addiction or are an addict themselves.

It has been a difficult and really emotional project with tears of sadness but also tears of joy and laughter along the way but we were determined to work through our tears to turn Tom’s tragedy into a force for positive change.” 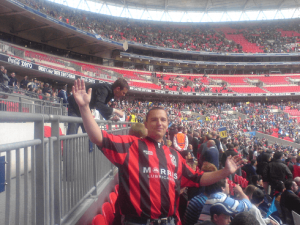 They are both extremely grateful for the efforts of Casual Films in producing the video and putting so much extra time into the making of it.  But this would never have been possible without the generous donations that they received. Sally and Henry both want to thank everyone who gave so generously to help turn this very emotional hard hitting story into a visual form to help others.

Philanthropist Lady Edwina Grosvenor said “Sally and Henry have been extraordinarily courageous in bringing a personally painful experience forward to help those living with addiction. It is essential to raise awareness of addiction at an early stage in life to make sure people are aware of the help that is available in order to prevent further harm. I was honoured to support the making of ‘Wish You Could Have Stayed’ which promotes such a vital message.”

Henry and Sally say “It has been a very long and emotional journey going through the retelling and reliving of their very personal memories and then again with the edits, but finally they have an amazing end product and know that it has been worthwhile, particularly with the delightful unexpected outcome of the film potentially reaching an international audience after being put forward to the Cannes Corporate Media & TV Awards.”

The video is available for free and can be accessed by visiting henrymaybury.com next week. All Henry and Sally ask for in return from schools, universities and professional workplaces is to please hold a charity event to raise money for the Lost Days Charitable Trust so they can continue to help those struggling with their mental health and addictions.

Sally said “I certainly would like to think that where as I could not help Tom (albeit I tried really hard) I could at least help others like Tom.”