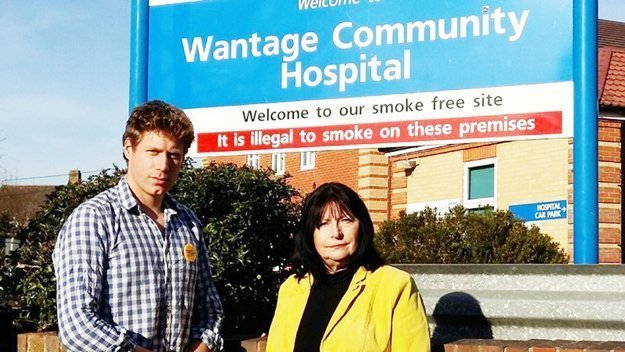 Kitchens at five hospitals in Oxfordshire could be closed in favour of serving up cost cutting ready meals to patients.

But Oxford Health NHS Foundation Trust has said the ‘cook-chill’ policy would save money, and that preparing food off-site reduces the risk of infection.

Liberal Democrat parliamentary candidate for Didcot and Wantage Alex Meredith and Wantage councillor Jenny Hannaby launched a petition in protest of the plans on Sunday.

Mr Meredith said: “All the positive government messaging about healthy choices on food, particularly for the most vulnerable, are undermined by this short-sighted step by Oxford Health.

“Our hospitals should be promoting healthy eating and increasing awareness of the role that our diet has on our well-being.

“Closing these kitchens without consultation sends out entirely the wrong message about the importance of freshly cooked healthy food.”

The ‘cook-chill’ policy is already in place at the trust’s community hospitals in Abingdon, Bicester, Oxford and Henley.

Oxford Health said: “We recognise there may be some resistance to change. We believe, however, that a new unified system needs to be introduced for the benefit of both patients and the trust as a whole.”

Cllr Hannaby added: “The ramifications of this decision go much further than the quality of food on patients’ plates.

“They will also badly affect business for the best local producers who dearly want to sell their food to our hospitals.”

Figures from the Campaign for Better Hospital Food say that the decision to close the five hospital kitchens will result in the loss of £3million in economic benefits for Oxfordshire communities through lost jobs and local business.

Alex Jackson, co-ordinator of the Campaign for Better Hospital Food, said: “The government must do more to protect hospital kitchens in our communities.

“It can do this by requiring that at least some fresh food is prepared for patients in every hospital in the country.”

The Trust added: “Adopting the same system across the trust guarantees consistency of quality, nutritional value and portion size.

“‘Cook-chill’ meals are already served to most of the trust’s patients – feedback from recent monthly surveys have seen 90 per cent of patients rating the food as acceptable, good or excellent.”

It added that Trust staff are discussing the plans internally until late-May so any changes would not come into effect before then.