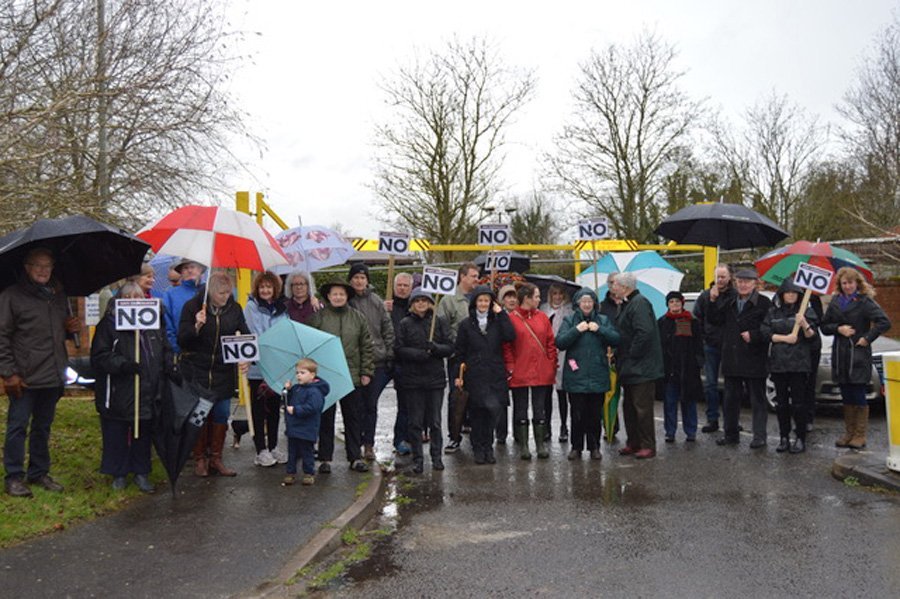 An action group opposing a mass housing development in Crowmarsh is warning that it could be recommended for approval.

The group is pushing back on developments in the area, which include the multi-phase development off Benson Lane and initial plans to build 80 homes in Newnham Green.

The latter was refused by South Oxfordshire District Council (SODC) on March 13.

Now the group is warning that a multi-phase residential development in Crowmarsh proposed by Bloor Homes and Hallam Land Management is set to start with 150 houses, to be followed by two subsequent phases that would add a further 300 homes.

The Crowmarsh Residents’ Action Group (CRAG) says it has learned that the major housing development application to the east of Benson Lane, could be recommended for approval.

Philip Tremayne, from the campaign group, said: “The sustainability of Crowmarsh is being brought into question by the sheer size and disproportionate nature of the proposed developments.

“However, it appears that the local planners feel this is a good idea.”

He said SODC had taken it upon themselves to ‘circumvent the planning process’, saying they are challenging elected councillors to vote against their own local plan if they feel that the proposals are inappropriate for development.

He said he believed the developers were in essence writing the local plan.

He concluded: “SODC are clearly operating in a way that brings into question the relationship between the planning department and developers.”

He said at a consultation meeting the representatives at Bloor Homes and Hallam Land Management responded to questions about phased development of the Benson Lane site by saying ‘that is how development is done’.

He added that phases 2 and 3 would bring a further 300 new houses to the village, doubling its size and area, meaning that none of the houses would be affordable to the younger members of the community.

Campaigners have previously said the primary school in the area cannot accommodate any more pupils, that the roads are not fit for existing traffic, that there is an ‘already swamped’ medical centre, and that the multi-phase development would ‘eat up’ a valuable greenfield site that is home to protected species.

The campaign group protested against the multi-phase development on Monday, as the planning committee made a site visit to the Benson Lane site.

A spokesman for SODC said: “Our planning team make recommendations on planning applications based on their merits, in line with policies in our development plans and national guidance.

“The final decision on this case will ultimately be made by the democratically elected planning committee.”

Bloor Homes and Hallam Land Management were not available for comment.

A decision is to be made on March 29 at a planning meeting in Didcot.

There is also another proposal for a further 100 houses on the other side of the village at Newnham Manor, off Old Reading Road, by developers Avent.