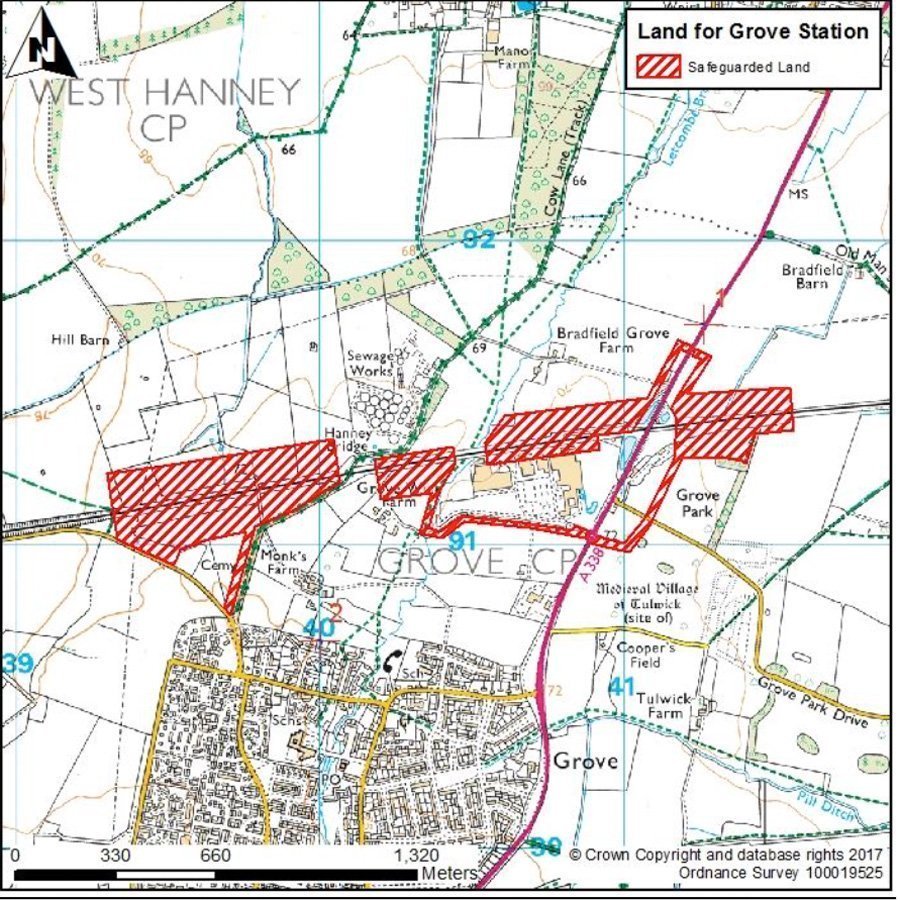 Land for a new station to serve Wantage and Grove has been set aside in future development plans.

The re-opening of a railway station at Grove has been ringfenced by the Vale of White Horse District Council in its Local Plan Part Two.

The document, which outlines future development in the area, was published for consultation on March 9.

In it, the authority has set aside land on both sides of the A338 north of the Volunteer pub and Williams F1 – on and around the site of the former Wantage Road Station.

The Vale is also working with Oxfordshire County Council (OCC) to prepare a new business case for reopening the station which closed in 1964.

At the time, Councillor Bob Johnston, who represents Kennington and Radley, requested that the council should discuss with Network Rail and the Department of Transport the inclusion of the station in the funding for Network Rail’s next five-year plan, starting in 2019.

The council developed an outline proposal for a station on land next to the A338 on the northern outskirts of Grove, but the proposal was not developed beyond outline planning consent, which lapsed in 2011.

Now, Vale leader Matthew Barber and a group of MPs are putting together a case for extending the already-proposed East West line which would link Oxford to Cambridge.

The proposal would use existing railway tracks, and would include new parkway stations at Grove and in Wiltshire at Corsham and Royal Wootton Bassett.

Cllr Johnston told the Oxfordshire Guardian: “The idea behind the reopening is to give many thousands of local Grove and Wantage residents access to high quality railway services in the one direction to Swindon, Chippenham and Bristol and in the other to Didcot, Oxford, Milton Keynes and Bedford (ultimately to Cambridge).

“This will improve the opportunities for work, training and leisure for local residents. Grove to Oxford will be under 30 minutes as opposed to over an hour by car.  It is an exciting prospect.”

The MPs are hoping the plans to build around 4,000 houses at the former Grove Airfield site and Crab Hill north of Charlton will help the business case for the station.

The business case will be put forward to Government and if the station is given the go-ahead, it is hoped it would be open by 2024.