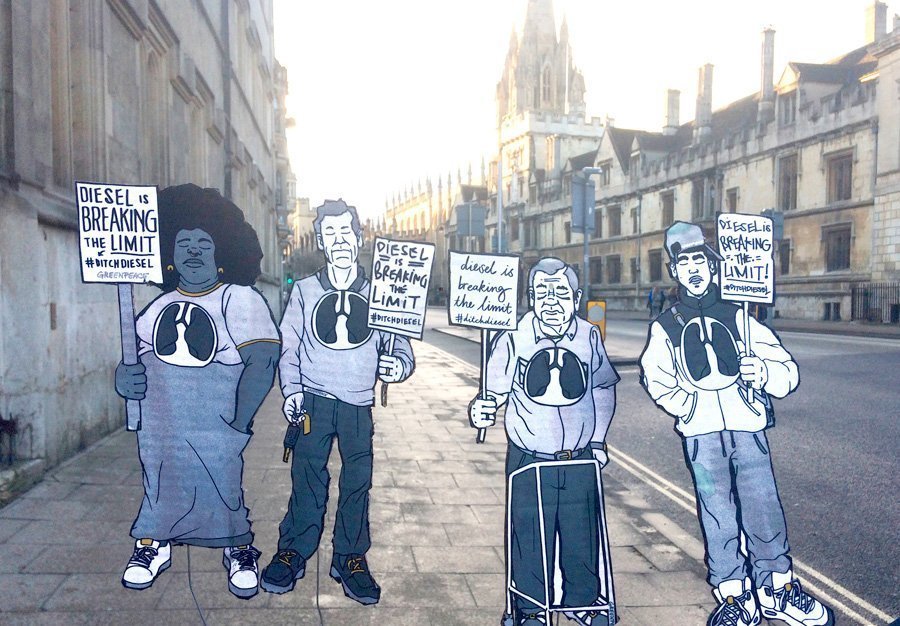 Oxford City Council has welcomed a High Court decision to force the government to tackle illegal levels of air pollution in 33 towns and cities, including Oxford.

The judge’s ruling requires local authorities to investigate and identify measures to tackle the excessive levels of pollution as soon as possible.

Parts of Oxford city centre were found to have exceeded nitrogen dioxide limits earlier this month, despite overall levels dropping by 36.9 per cent over the last decade.

Councillor John Tanner, the executive board member for a Clean and Green Oxford, said: “We are very pleased with the judgement.

“We want the government to help us tackle this public health emergency, and now it’s time they took robust action – like we are already doing.”

Environment Minister Therese Coffey told Oxford West and Abingdon MP Layla Moran that she would be developing a local plan in conjunction with Oxford City Council to make sure NO2 levels are brought within legal limits.

Ms Moran said: “It is shameful that the Government has spent taxpayers’ money opposing this court case, when what they should have done is invested that time and money in tackling the air quality problem in Oxford in the first place. I’ll be meeting with the Environment Minister to discuss her plans further.”

Oxford Greenpeace volunteer Julia Spragg said the organisation “welcomes the High Court’s decision” and hopes the government will “finally get the message”.

She said: “It reflects that our government’s approach to tackling the air pollution crisis is far from sufficient, particularly in areas which are severely affected by dirty air, such as Oxford.

“We hope that, after three losses in the High Court, the government will finally get the message and properly support local measures, such as Low Emission Zones, to clean up our air and prevent the thousands of deaths this pollution is causing in the UK each year.”

Oxford has been designated an Air Quality Management Area since 2010, requiring the city council and partners to produce an action plan to improve air quality.

The city council is working on a Zero Emissions Zone, a scheme that will ban cars from the city centre by 2035.