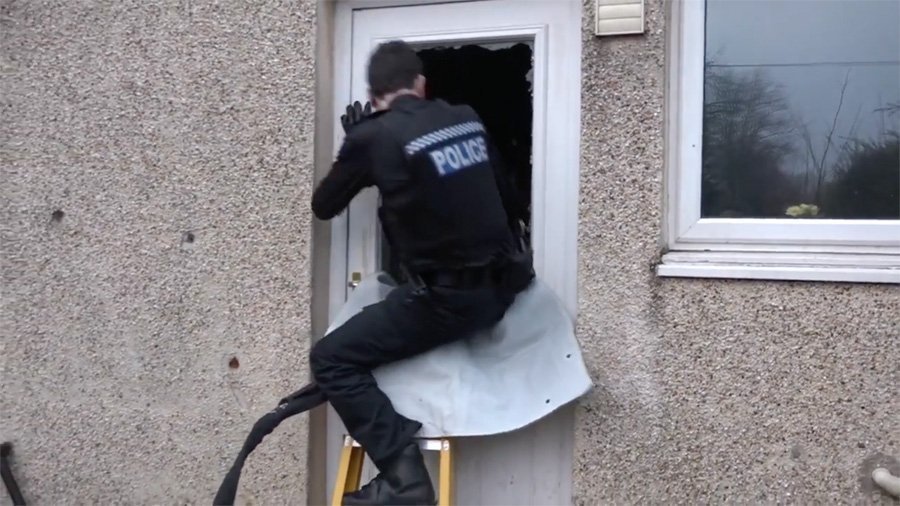 Four men were arrested and drugs and weapons were seized in a series of raids in and around Witney.

Thames Valley Police carried out three raids at around 7am on Monday and arrested a 22-year-old and 26-year-old from Witney, and two 25-year-olds from Carterton.

All remain in custody at this time.

During the raids officers found and seized quantities of suspected class A and B drugs as well as drugs paraphernalia. Officers also seized a number of weapons.

The Force increased its presence in Witney on Monday and Tuesday but did not reveal which roads the raids took place on.

The raids were part of Operation Stronghold, a campaign to encourage working with communities to tackle serious and organised crime.

West Oxfordshire neighbourhood inspector Steve Hookham said: “This activity is in direct response to issues that have been raised by local communities regarding drug supply and usage.

“The object of the activity that we’ve undertaken is to bring offenders to justice and to disrupt the supply of drugs within our community.”

He added: “Drug dealing in west Oxfordshire will not be tolerated.

“We are committed to tackle those who are thought to be dealing drugs in Witney. The warrants were obtained as part of the Stronghold campaign which is there to protect the most vulnerable in our community and also take a collaborative approach to address organised crime.

“Neighbourhood policing teams will continue to work with the community to build resilience through the Stronghold campaign.”

Contact police on 101 or Crimestoppers anonymously on 0800 555 111 if you are aware of drug dealing in your community.

Multiple arrests have been made across the county under TVP’s Stronghold campaign, including Didcot drug gang ringleader Neil Wadley who is currently serving 14 years, but this is thought to be the first arrest in Witney.