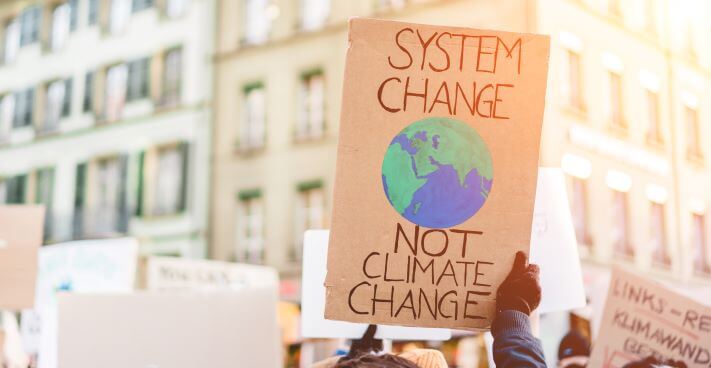 On Monday October 10, Oxford City Council passed a motion calling for the establishment of a task force comprising both local and national government to tackle the climate crisis. [1] The motion was proposed by Green Councillors Dick Wolff and Chris Jarvis.

In passing the motion, the Council has expressed support for the creation of a joint national and local government task force to plan action that would enable the UK to reach ‘net zero’ emissions. The motion called for this partnership to be responsible for setting regulations, benchmarks and targets and to create long-term funding mechanisms that would enable local communities and economies to decarbonise whilst remaining resilient and sustainable.

The motion follows commitments made by the UK government, which Councillors allege have not been followed up by meaningful action. In 2018, at COP24, the UK Government signed up to having ‘domestic institutional arrangements, public participation and engagement with local communities’ so that localities can play their part in delivering the UKs ‘Nationally Determined Contributions’ in the Paris Climate Agreement. [2] Similarly, in May 2021 Alok Sharma MP, President of COP26 said that collaboration would be a key objective of the climate summit. [3]

Despite these agreements and statements there is still no formal relationship allowing joint partnership working between Local and National Government on climate action.

“Throughout the COVID pandemic, we have seen just how crucial local government is in responding to a crisis. While central government has handed out multi-million pound contracts to private companies that have performed abysmally, it is local public health teams and publicly run local council services that have been working day and night to keep all of us safe.

“It’s no surprise that the most effective elements of the pandemic response have come through collaboration between different branches of the public sector – national government, local government, and the NHS. We need to learn these lessons now so that we can face up to the other big challenge we’re up against – the climate crisis.

“With COP26 – the most important climate talks in history – just weeks away, it is absolutely vital that the process of setting up meaningful collaboration and cooperation between national and local government is begun. The scale and urgency of the crisis we face demands it – and now.”

“Government press releases often announce what sound like huge chunks of expenditure on tackling climate change. The reality is very different. They have to be bid for competitively, so instead of being able to build a proper long term financial strategy, council officers have to spend their time writing funding bids for short-term initiatives.

“We have good officers, and quite a lot of our bids have been successful, but it’s a frustratingly inefficient way of tackling an urgent crisis that needs concerted, coordinated teamwork across all levels of government, not government by press release.”

The motion also requested that the Council leader Susan Brown write to Alok Sharma MP, the Prime Minister and the Leadership Board of the Local Government Association informing them of the City Council’s support for a joint local/national government climate change partnership taskforce and asking for one to be established before the opening of the COP26 Summit in order to honour the commitments it has made.

Speaking on the passing of the motion, Councillor Chris Jarvis said:

“Local government will be absolutely central to delivering a real and just transition to a low carbon economy. Some of the most important areas of our economy – including housing, infrastructure and transport – that need decarbonising are areas where local government has significant oversight.

“It’s an important step forward that Oxford City Council has added its name to a growing number of institutions demanding a collaborative approach and I hope to see other Councils following suit in the coming weeks.”