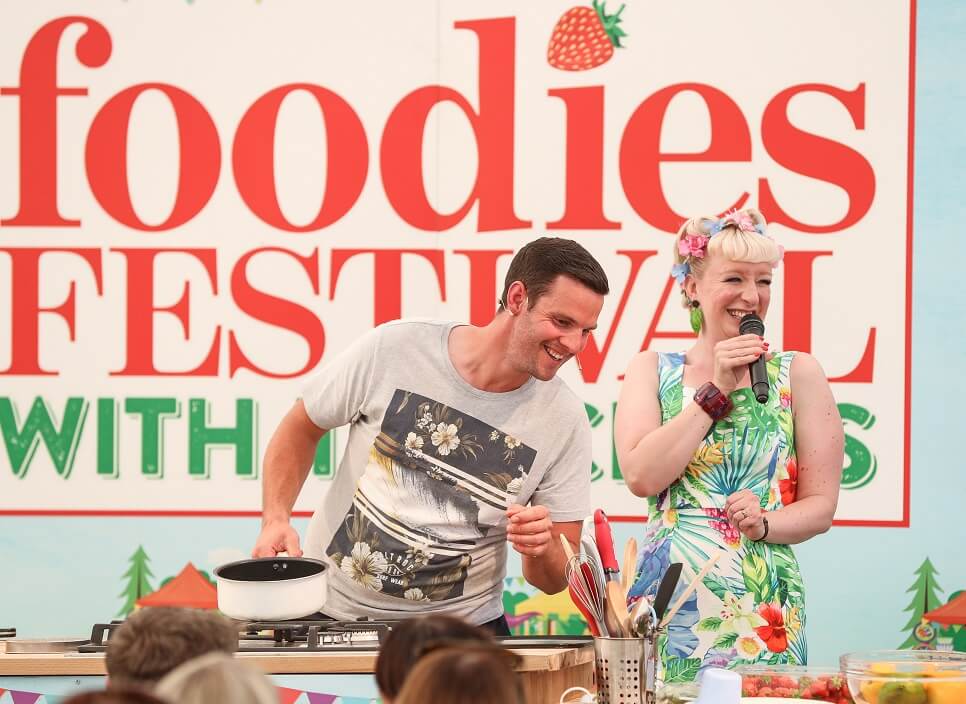 “Gastro-Glastonbury” prepares for a huge bank holiday weekend with big name chefs and headline music acts in Oxford brought by the Foodies Festival.

Foodies Festival launched in 2005 as a single event and is now the largest food and drink festival in the UK. To date, Foodies has welcomed over 3 million visitors and helped launch hundreds of new businesses and supported thousands of small producers. Foodies Festival proudly celebrates local produce in each festival region and showcases the most exciting and talented chefs, bakers and producers in the UK.

Whats on the menu?

Award-winning chefs taking part in Foodies this weekend, include: Alex Webb, MasterChef: The Professionals champion and 2020 MasterChef finalist Sandy Tang. Great British Bake Off star, Dave Friday and Michelin starred Oxfordshire restauranteurs Mike North from Nut Tree Inn in Murcott, Paul Welburn from 251 in Summertown and Nick Galer from The Miller of Mansfield will also be showing off their considerable talents. 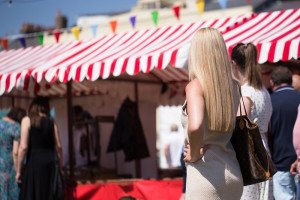 Mike North, chef patron of the Nut Tree Inn, which has been awarded 13 consecutive Michelin stars, said: “I’m so pleased that Foodies Festival is finally returning to Oxford this weekend – to showcase our vibrant restaurant scene and delicious local produce. I’m looking forward to cooking one of my favourite dishes live on stage in the Chefs Theatre”

Paul Welburn, star of Great British Menu and executive chef at 251, said: ’’I’m over the moon to be back on the Foodies chefs theatre stage again this Bank Holiday weekend, after what has been a very tough time for everyone over the last 18 months. I’m very much looking forward to showcasing a couple of my dishes and interacting with the Foodies crowd again’’

Highly acclaimed chef patron, Nick Galer, said: “This is my first Foodies Festival, so I’m really looking forward to escaping the kitchen and sharing one of my favourite dishes with the Oxfordshire food lovers!”

A feast for the ears!

The musical feast is just as sumptuous with platinum-selling chart-toppers Scouting For Girls performing their many crowd-pleasing hits, including, ’She’s So Lovely’ ‘Heartbeat’ and ‘Elvis Ain’t Dead’. Festival favourites Toploader will ensure that ‘Dancing In The Moonlight’ is on the menu and top-ranked Killers tribute act, The Killerz, will bring to life the bands biggest hits. Over fifty excellent bands and artists will take to the stage across the long weekend.

Scouting For Girls star Roy Stride said, “After a long, dismal year away from touring and seeing our fans, we’re all hugely excited to be playing Foodies Festival in Oxford It’s not just because we’ll be playing our favourite songs again to a real-life crowd as the sun sets on a perfect summer’s day out, it’s also the sense of liberation and relief that will come with the fest for everyone involved. The fact that we’ll all be able to sample an amazing smorgasbord of food and drink from around the world is another great bonus.”

Dan Hipgrave from Toploader said: “We are properly excited to be back performing at this years festival. It has been a few years since we last played at the excellent Foodies Festivals and we’re hungry just thinking about it! We always have a lovely audience in Oxford, so what more could a band want with awesome food and free flowing drinks in the sunshine? Bring it on and see you there!”

To keep the children entertained, the Kids Cookery School hosted by Foodies super chefs will take on a teddy bear’s picnic theme this year, encouraging kids to make simple food which they can take away and enjoy. And for those little thrill seekers, a funfair, sand art, craft tents, face painting and family friendly areas.

For the brave……take part in Foodies famous chilli eating competition, featuring a world record attempt from the reigning UK champion!

Over 150 exhibitors will showcase their produce, providing festival-goers with a fantastic opportunity to sample the best of the Oxfordshire region – and try a huge selection of delicious food from around the world.

Director Sue Hitchen said: “I am so pleased that we are returning to Oxford this year, bringing top chefs to cook live and big name music acts to our stage. There has never been a better time to support local restaurants and food producers and we are all ready to enjoy a fun day out with friends.”

For the third year running, the festival is supporting Musicians Against Homelessness (MAH) with tickets raising money for UK-wide homelessness charity Crisis.

MAH founder Emma Rule said: “The last year has been incredibly difficult for charities, we are so pleased to be back at Foodies with our music stage and brilliant artists, raising much needed funds.”