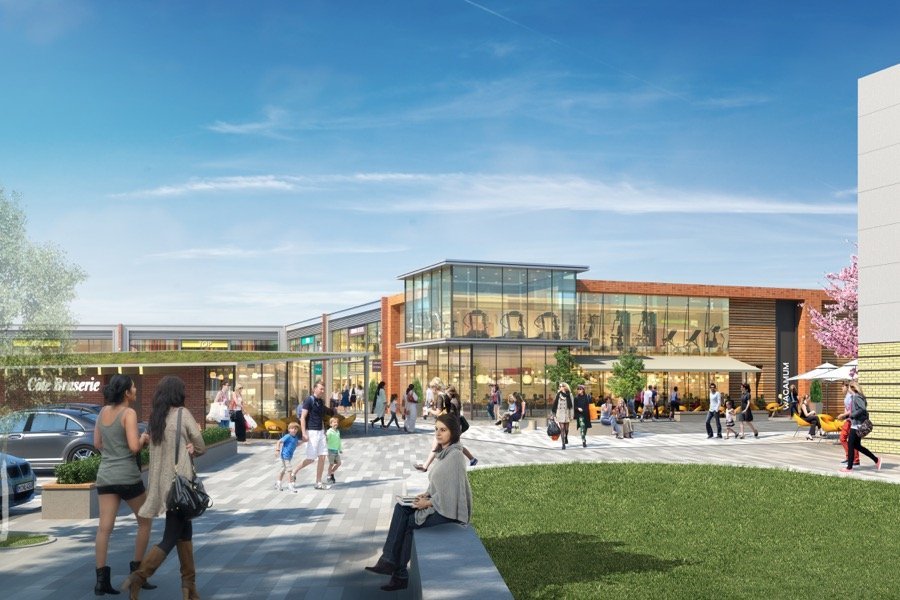 The £50m expansion of Didcot’s Orchard Centre is now set to include more big name retailers.

Hammerson, the developers of the site, have confirmed retailers including M&S food, TK Maxx, H&M and River Island have all signed up to take space at the shopping centre.

Thomas Cochrane, development manager at Hammerson said: “We are working to bring a number of other exciting brands to Didcot, and will announce these in due course.”

Hammerson are working alongside consultants G L Hearn who confirmed that work on the new bus route, which will transform the pedestrianised part of Station Road, had to be completed before retail extension takes place.

The Guardian was told work was to start on January 23 and that this would run for 14 weeks up to May 5.

With a delay in the original plans, the work started a week later on January 30.

The Orchard Centre’s phase two development is set to feature a total of 24 extra shops, six restaurants, a gym, and 105 parking spaces.

In July 2015, South Oxfordshire District Council released a statement that said: “Despite Didcot’s excellent transport links, the town’s growing population and its proximity to the nearby employment centres like Milton Park and Harwell, the town centre is still relatively small and only has a limited range of shops.

“Given the size and development of the catchment area it serves we have always intended to make this area bigger and better.”

Earlier this month Didcot’s Mayor Steve Connel said: “I have spoken with a number of people across the town and the vast majority seem genuinely excited about the new places to shop and eat which will be brought in as part of phase 2.

“Having seen the plans I personally believe that it has the potential to become a location people will travel significant distances to visit.”

“I just wish that I could say everything about phase 2 is positive, but the people of Didcot still ask me why busses are going to be directed through a pedestrianised area. Unfortunately I have to give a response I hate, which is that Didcot Town Council unanimously opposed this route on more than one occasion, but were overruled.

“We are still very committed to ensuring that this route is altered as soon as possible and will continue to do all we can to achieve that goal.”