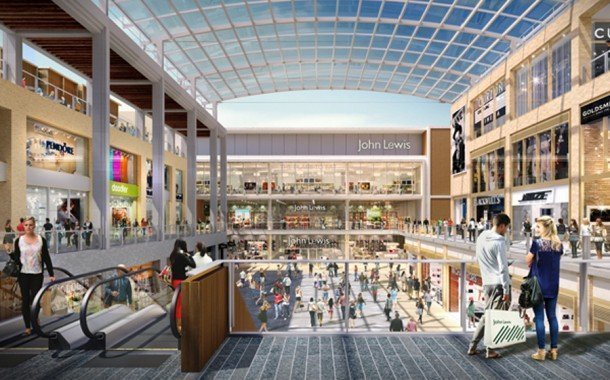 Developers have confirmed a further 22 retailers who will be taking stores in the new Westgate Centre due to open in October 2017.

High-end retailers Hugo Boss, Ted Baker and Calvin Klein are among the new brands taking the total number of confirmed lets at the shopping centre to 35.

More than half of the retail units (51 per cent) to be opened at Westgate have now been let, or agreements are in the hands of solicitors.

The finished project is set to include more than 100 stores, 25 restaurants and cafes, a boutique cinema and a wealth of new public spaces in the new centre, which will open in time for Christmas 2017.

The development is being run by the Westgate Oxford Alliance, a partnership formed by Land Securities and The Crown Estate.

Westgate Oxford Alliance leasing director Naomi Howard said: “We are thrilled so many great brands are already committed to Westgate Oxford and that we are delivering such an impressive premium line-up.

“With less than 18 months to go, we’ve secured more pre-lets at this stage in development than any other major UK shopping centre so far this decade.

“This demand is testament to Westgate’s unique offering: a large, affluent catchment and an as yet unfulfilled retail potential set in the heart of a world-class city.”

The news was welcomed by tourist board Experience Oxfordshire’s head of marketing and development, Martin Walker, who said: “We’re excited to hear about the latest additions to join the Westgate redevelopment.”

Shops previously announced as coming include Superdry, Next, Schuh and River Island.

Oxfordshire Chamber of Commerce president Peter Smith said: “The announcement of the retailers taking space in the Westgate Centre demonstrates the potential in the city”.

A full list of brands signed up to open at the new Westgate: