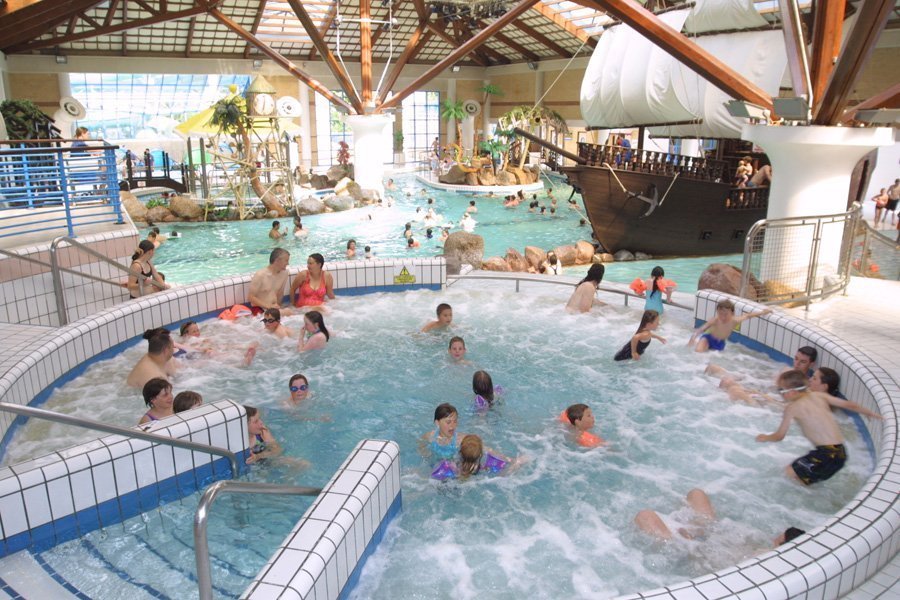 A waterworld with flumes and rapids could be built in Didcot as part of plans for the town’s new leisure centre.

Proposals for a swimming pool and sports pitches had already been outlined for a new 1,800-home estate to be built on the northern edge of Didcot.

But plans for a family water park styled on Bracknell’s popular Coral Reef Waterworld have been suggested to joint developers Croudace Homes and the University of Reading.

They were backed by South Oxfordshire district councillor Tony Harbour.

He told the Guardian: “We put to the developers that a splash park would be better suited for that area.

“We’d run the centre if the plans were approved but we thought we’d put it to them as part of the design process so they could maybe incorporate it.”

He added the designs could be modelled on Coral Reef Waterworld which is currently undergoing an £11.5 million facelift. It has flumes, slides, paddling pools, a pirate ship, saunas, and a café.

Land for the leisure centre is earmarked within a development of homes north of the A4130 opposite Ladygrove, called North East Didcot.

An outline planning application for the estate was submitted to South Oxfordshire District Council last year, but a decision on the plans has not yet been made.

A spokesperson for Croudace Homes said: “We are aware of the talks with South Oxfordshire District Council and any decision regarding the facilities of the leisure centre would be up to them if the application is approved.”

However Cllr Harbour said the splash park would be in addition to plans to extend Didcot Wave from 25m into a competition size 50m pool – so the town has a family waterworld offering, as well as a lane-swimming offering.

Cllr Harbour, who is also a Didcot town councillor, added: “We want to bring an Olympic size swimming pool to Didcot, as this is a large town and it absolutely deserves one, in addition to its own splash park.”

She said: “Both proposals completely depend on whether SODC can make a profit from it.

“However, I do want to add that I think the idea itself is fantastic. Didcot is too big a town to not have both these kinds of facilities.

“Schools will prosper from having both, as will the community.”

A decision on the North East Didcot is expected in the next few weeks.