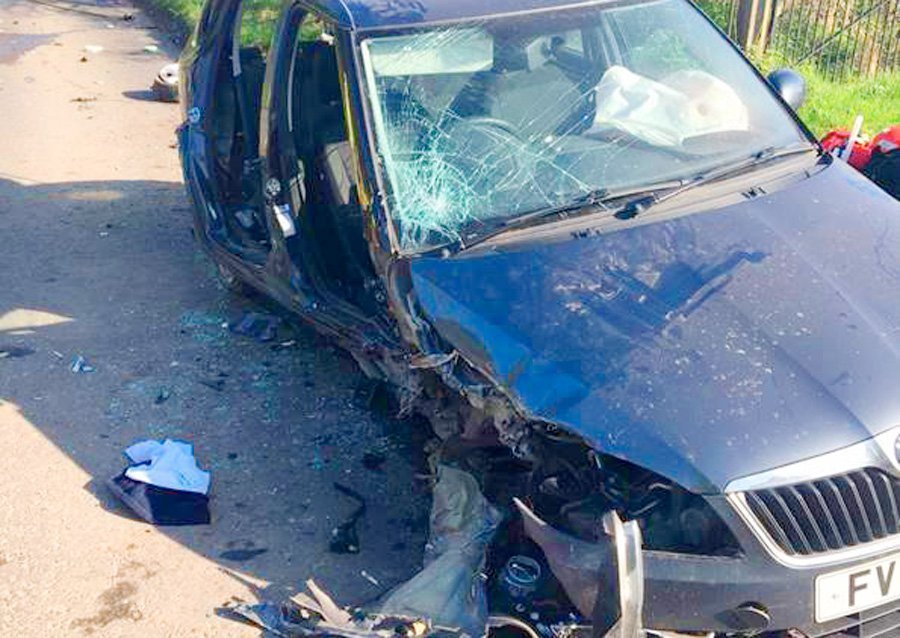 An elderly woman had to be cut free by firefighters after a two-car smash near Faringdon.

Police, fire and ambulance crews all attended the A4095 Radcot collision shortly after 8am on Friday.

The occupants of one car managed to climb out of their vehicle but fire fighters had to use specialist equipment to free the driver of the second car when they arrived.

The woman was taken to hospital but no one was seriously injured.

Incident commander, station manager Paul Webster said: “This was a considerable impact to both vehicles. I would like to take this opportunity to remind all road users to wear their seatbelts and to take extra care whilst driving on rural roads.

“Also just after sunrise and before sunset the sun can shine directly into drivers’ eyes, leaving many motorists driving with a glare.

“This glare can make it much harder to see the road ahead and potential hazards creating an added risk to drivers.