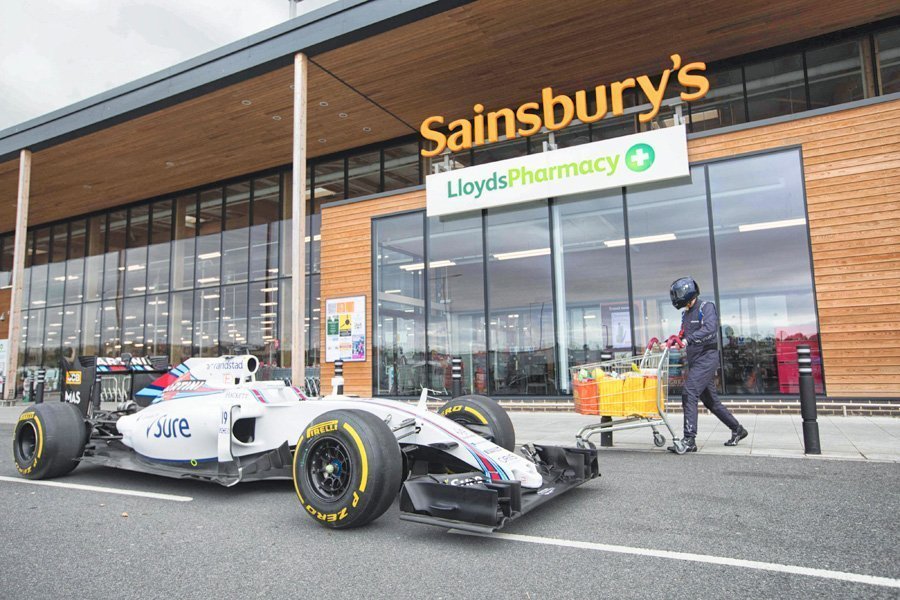 A supermarket and Formula One engineers have teamed up to roll out a ground-breaking piece of technology that will reduce yearly energy consumption by the equivalent of 320million boiled kettles.

Grove-based Williams engineering and Sainsbury’s announced last week they have joined forces to create the Aerofoil, which hopes to tackle energy-hungry and costly refrigeration in supermarkets.

The device, already tested in labs, has shown up to 30 per cent reductions in energy consumption, and has been trialled in 50 Sainsbury’s stores.

The two companies will be applying the technology across 1,400 supermarkets and stores in the UK.

Refrigerators are the largest consumer of power in supermarkets.

He said: “Working with Sainsbury’s shows how Formula One can be a vehicle for change and is another example of how we engineer advantage for our customers.

“As air quality and sustainability concerns revolutionize traditional industries, there is huge growth potential for our business in deploying energy efficient technology in a range of sectors, not just automotive.”

Sainsbury’s head of sustainability, engineering, energy and environment, Paul Crewe, said: “By keeping the cold air in our fridges using this technology, we’ll see an energy reduction of up to 15 per cent, which, when multiplied across all of our stores is a significant amount of energy saved.”