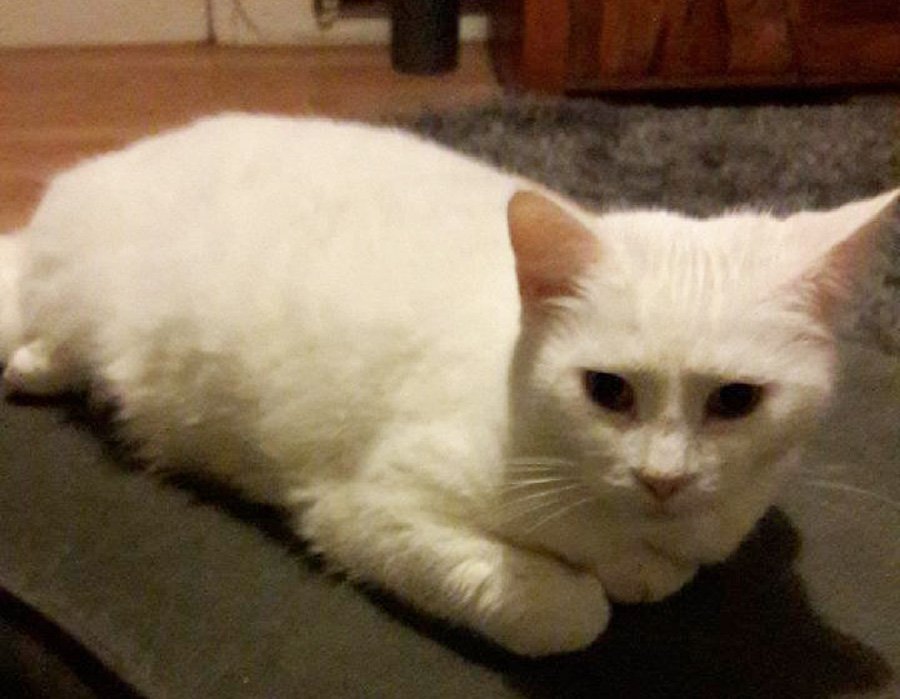 An animal welfare charity has launched an investigation after a “horrifying” attack on a cat which was left hanging in a garden.

Police were called after a neighbour found white cat PussPuss hanged by a rope over a garden fence in Ashby Road, Bicester, on November 12.

The RSPCA said it was currently unclear whether the cat was still alive when it was hanged on the fence.

Owner Lisa Gamage said she was “horrified” someone could do that to her pet and that it happened so close to home.

PussPuss had been taken in by the family three years ago as a young, pregnant stray, and belonged to Lisa’s nine-year-old son, Kobi, along with PussPuss’s son, Gary.

She said: “It’s really sad. Gary is really missing her. I feel so sorry for him.

“We’re all missing her, she was such an attention-seeker and now she’s not here.

“She was such a beautiful cat, she was really friendly. She didn’t really go far and didn’t like going out in the rain.

“I’m just hoping she was killed quickly and she wasn’t tormented or anything. I want to find out what happened to her.”

RSPCA inspector Jaime Godfrey said it was “horrifying that anyone could be capable of doing this to a cat”.

He said: “This was a very unpleasant and upsetting find for the homeowner who discovered the cat belonged to a neighbour.

“Police said the white cat had been found hanging from a garden fence and had blood splattered down her rear legs.

“This would have been an extremely shocking find for the caller and absolutely heart-breaking for the cat’s owner.”