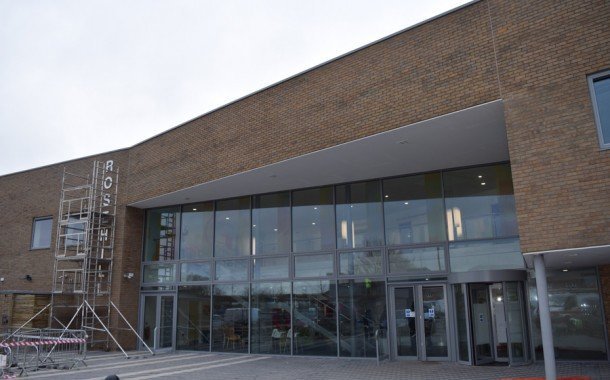 The manager of the new £4.76m Rose Hill Community Centre says he hopes residents will take to the new facility as it ‘blends a mix of the old and the new’.

The last brick was laid on October 9 last year, 12 months after construction started back in October 2014 with the former community centre in The Oval set to be demolished and houses to be built on the site.

David Hunt, 31, from Didcot, who will manage the new centre said: “I think the end product is absolutely amazing and I think reflects a mix of the old centre along with the new additions we’ve made.”

The centre’s social club has been built to echo the previous club at the old centre with a bar area, ballroom and a games room complete with a pool table and dartboard, and will be run by the Rose Hill Community Association.

Mr Hunt added: “We hope that the centre will act as a blueprint for community centres in the city as we think it offers everything that local residents are looking for, whether they fancy a drink or want to bulk up in the gym.

“I think the people of Rose Hill are going to be very happy with it and I hope it will become their second home.”

The project originally began back in 2012 after a Rose Hill resident survey showed that 459 of 587 respondents wanted a new community centre.

Artwork from a community project at the old centre now forms a colour palette within the building.

Oxford City Council leader Bob Price said: “It’s a wonderful building and much bigger than I thought it was going to be, with so much space available for activities here.

“I’m delighted that the centre will be used by so many clubs, and that’s one of the most important things about centres like these as they’re crucial in terms of helping young people in Oxford.”

Lizzie Carline, 29, from Cowley, is part of the Rose Hill Lottery Group that will run the youth club activities.

She said: “We want everybody to come down and get involved, especially the young people who will have the chance to take part in so many activities here at the centre.”