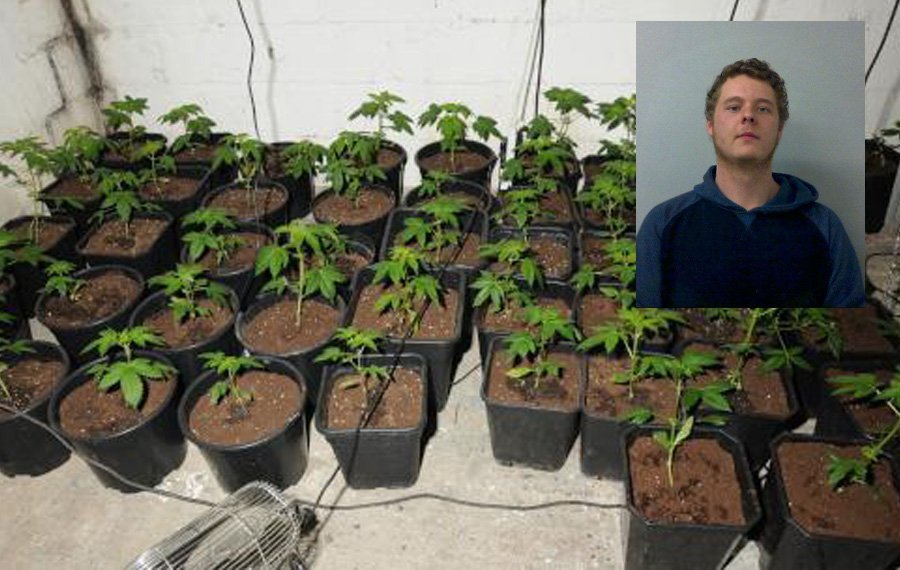 A 21-year-old man and a 19-year-old woman have been sentenced for growing 270 cannabis plants worth an estimated £250,000 at an industrial estate near Faringdon.

Michael Vann and Bethanie Daniels, of Gassons Way, Lechlade in Gloucestershire, were arrested from a caravan on March 20 last year after police carried out a raid at Chowle Farm Industrial Estate.

Investigating officer PC Robert Maris from Faringdon Police Station, said: “We have seen far too many vulnerable people adversely affected by drugs and will not tolerate it.

“These warrants and the discovery of these plants have taken a serious amount of drugs off the streets of Oxfordshire, Wiltshire and Gloucestershire.”

During the police raid officers also found a further 168 grams of dried cannabis estimated to be worth £2,000.

The pair pleaded guilty to the production of cannabis and possession with intent to supply at Oxford Crown Court on December 21 last year.

PC Maris added: “Forensic analysis of the defendants’ phones showed that both were responsible for dealing cannabis at street level and one phone contained pictures of the cannabis crop being moved.

“There was also a message indicating one of the customers was of school age.

“These convictions will send a strong message out to those that choose to grow and sell cannabis that they will be robustly dealt with by Thames Valley Police.”