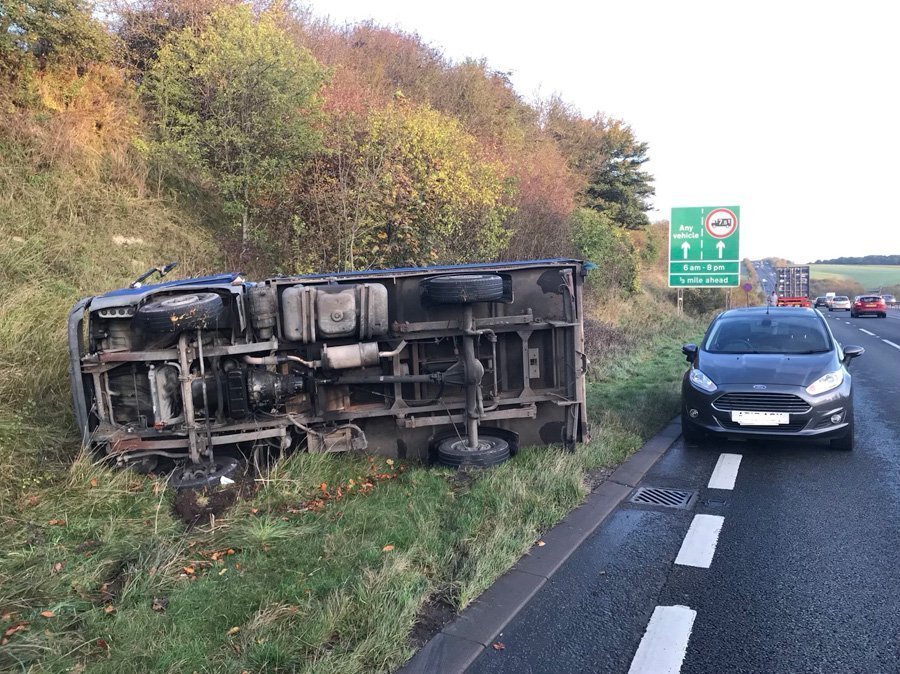 Measures to improve safety on the A34, the scene of a series of fatal crashes through Oxfordshire in recent years, have been announced.

Longer exit and entry roads, better lay-bys, improved signage and a crawler lane at East Ilsley have been identified as ways to improve safety on the busy and problematic road.

Highways England’s (HE) A34 Safety Review looked at six areas between the M4 and the M40 to see whether accidents were being caused by the design of the road.

It identified a list of specific issues, which included length and design of merging junctions, spacing and layout of lay-bys, overgrown vegetation, gradient of Gore Hill (East Ilsley) and insufficient signage.

The safety review also stated that the road as a whole is not any worse than other similar roads and that driver behaviour is one of the biggest issues on the road overall.

Wantage MP Ed Vaizey, who met with HE last week, welcomed the recommendations.

He said:  “I am pleased Highways England has looked so comprehensively at the safety concerns raised over the A34.

“The recommendations for improving safety on the road cover a wide variety of options and the key now is to push for the right solution to be adopted as soon as possible.

“I will be lobbying the Department for Transport with my fellow MPs to provide funding for safety improvements and will be writing to the new roads minister, Jesse Norman, to set up a meeting.”

Newbury MP Richard Benyon, who also attended the meeting with HE last week, added: “This is a great step forward but the fight is not over.

“Along with other stakeholders, we will now be lobbying the Department for Transport to take action as soon as possible to implement these proposals.”

The government has not yet committed to the measures and further work will be undertaken before the full report is completed and submitted to the Department for Transport.

Proposals to improve the A34 follow pressure from campaigners and local MPs following a number of deaths and crashes on the major 151-mile road.

Since June last year, there have been multiple fatalities.

Tracy Houghton, 45, her two sons Ethan and Josh, 13 and 11, and her partner’s daughter Aimee Goldsmith, 11, were killed when a lorry ploughed into stationary traffic at 50mph in August 2016.

Five other people were injured in the eight-vehicle collision between the East Ilsley and West Ilsley junctions. Polish lorry driver Tomasz Kroker was jailed for 10 years in October 2016.

The tragedy followed the death of Gavin Roberts, 28, on the same stretch of road in June 2016. Lewis Stratford, 24, of Field Avenue in Oxford, was sentenced to three years and eight months in prison in March this year.

In July this year a lorry driver was jailed for six years for causing the death of three-year-old Isla Wiggin, of Fleet, Hampshire, and causing her pregnant mother Collette to miscarry.

Further disruption was caused last week when an overturned van blocked a lane of traffic on the northbound carriageway at East Ilsley, just south of Didcot, before rush hour on Wednesday morning (October 25).The most recent fatality involved van driver Ian Messinger, 46, of Pine Ridge, Northamptonshire, whose vehicle crashed on the A34 near Abingdon on October 12. He died the following day at the John Radcliffe Hospital.

No one was injured in the incident.

Later the same morning a jack-knifed trailer partially blocked the northbound carriageway just south of the Marcham Interchange, near Abingdon.

Queues were reported trailing back to Milton Interchange near Didcot before the truck and trailer were cleared.