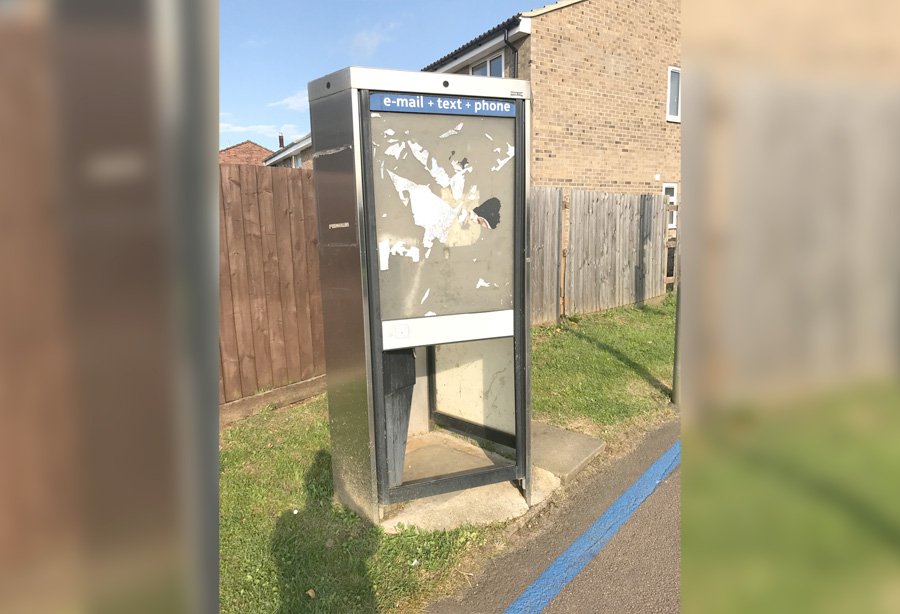 A COUNCIL is calling on BT to clean up ‘neglected’ telephone boxes that have attracted “rubbish and vandalism”.

Cherwell District Council unanimously passed a motion earlier this month to lobby BT to clean-up booths that are “lowering the tone” of neighbourhoods in north Oxfordshire.

He said: “BT reports that phone box usage has dropped by 90 per cent in the last 10 years, but that doesn’t alter their obligation to keep them clean and in good repair.  The boxes can then become targets for vandalism and littering, lowering the tone of our public spaces.

“We are very supportive of imaginative initiatives to preserve the historic red kiosks, such as Banbury’s phone box library, and we recognise that a minority of people still find payphones very useful.

“But where unused phone boxes are becoming eyesores, BT must take action.”

The idea received some support on Facebook. Ben Olding said: “I’ve got a phone box near my house and I hate it, it has a really old faded advert on there. I’m pleased by this announcement.”

Another suggestion was for old phone boxes to be turned into information booths with touch screens.

The phone box library on South Bar Street was adopted by Banbury Town Council in 2015 after a community campaign.

BT runs an Adopt a Kiosk scheme to enable councils, charities and private landowners to adopt phone boxes for £1.

In August, BT announced it was planning to scrap half of the UK’s 40,000 remaining telephone boxes.