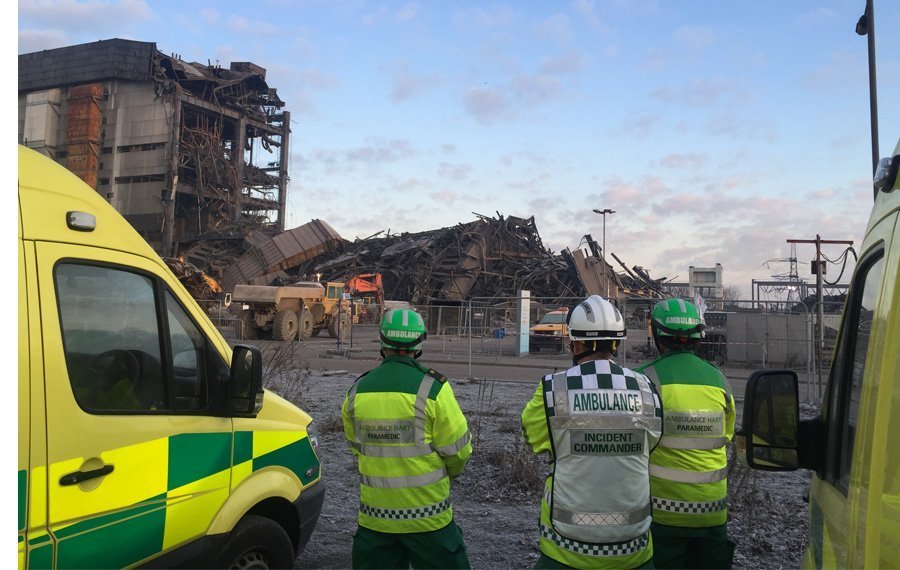 Military personnel and equipment are to be called in to Didcot Power Station to help recover the three men missing in the wreckage after the collapse of a building in February.

The military aid will be used with other agencies including the police and demolition experts to bring down the remaining half of the 10-storey, 300m long building that still stands.

Police announced just after 1pm that the Home Office and Ministry of Defence had approved the deployment of military aid to support the recovery of  Ken Cresswell, 57, and John Shaw, 61, both from Rotherham, and Christopher Huxtable, 34, from Swansea, who are still missing in the rubble.

Site owner RWE Npower announced last month that search efforts would be suspended because the remaining part of the boiler house was too unstable for the contractors to get any nearer than 50 metres.

Part of the boiler house of Didcot A power station collapsed on February 23, and the body of 53-year-old Mick Collings, from North Yorkshire, was found the same day.

A rescue mission to search the debris for the missing three men started 22 days after the collapse due to fears the rest of the building could fall.

A statement from Thames Valley Police said: “The Home Office and Ministry of Defence (MOD) have approved the development of military aid to support the ongoing multi-agency recovery operation following the partial collapse of the boiler house at Didcot A power station.

“This support has been provided following a request by the multi-agency strategic coordination group in line with Military Aid to Civil Authority Principles.

“Our absolute priority remains the recovery of the missing men so they can be returned to their families and to understand what caused this tragic incident.

Police said that specialist officers from TVP continue to support the families and are providing them with daily updates on the progress of this work.

Police said the military will work with TVP, RWE, contractors Brown and Mason, and demolition specialists Alford Technologies to bring down the rest of the structure “safely.”