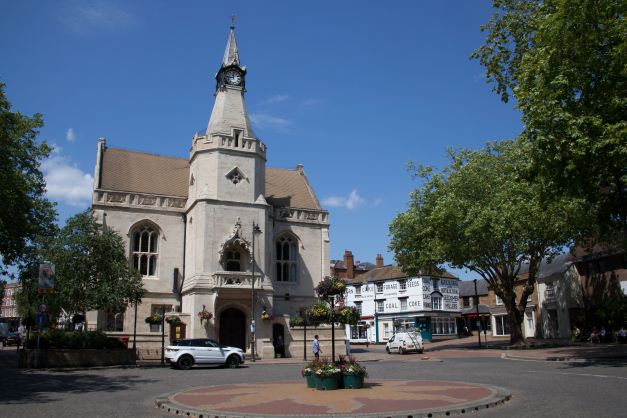 Cherwell District Council recently announced the opening of part of the new waterside development in Banbury which includes a cinema, a Lidl supermarket and a hotel.  It’s hoped by the council’s leadership that this will revitalise the ailing Castle Quay shopping centre next door which in the last council budget reported losses of £1.6m.

Green Councillor Ian Middleton, himself a business journalist and retail analyst, has raised concerns over details revealed in the council’s annual financial statements which show that the shopping centre is now worth less than a third of what the council paid for it 3 years ago. This represents a further loss in value of this asset over the past year of around £13m.

The council already owned a 15% share of the shopping centre when they paid around £58m for the remaining portion in 2018.  This values the whole deal at around £68m. Since then it has continued to haemorrhage retailers with major anchor stores such as Marks and Spencer’s, BHS and Debenhams now long gone.

The waterside development, with an estimated cost of another £60m, takes the council’s overall investment in the site to around £130m. It has been touted by Cherwell’s Conservative leadership as being the key to revitalising the shopping centre.

But page 52 of the council’s 2020/21 statement of accounts [1] shows that the shopping centre has now been valued at £21.6m, a cumulative loss in equity of around £47m. The council used government borrowing to finance the purchase of the centre, with prevailing interest rates at the time suggesting they are currently paying in the region of £2m in interest per year representing an effective interest rate of 10% on this heavily devalued asset.

Green councillor Ian Middleton asked questions about this at the last full council meeting but was met with an apparent lack of concern about the situation and has since heard nothing further. The opening of the new waterfront development raises further questions about the viability of this whole project.

“The council leadership seems remarkably relaxed about a £47m total loss in equity which I think is going to be nigh on impossible to recover now. If they had financed this on a commercial basis, I don’t doubt the lenders would be calling in a large portion of the debt.  But as it’s effectively underwritten by council tax payers, the council seems to have a rather blasé attitude about it”

“The supposed revitalisation of the town that was promised as part of the original purchase of Castle Quay in 2018 shows little sign of materialising.  Instead we have a vanity project that’s unlikely to provide much benefit to the people of Banbury whilst everyone in Cherwell pays for it through higher council tax and reduced services. Given the council’s fragile financial state at the moment, I would think there would be more concern over how this will impact on next year’s budget”

“I supported the original idea of the waterside development, and I’m pleased to see that it’s finally starting to open, but it seems to be a pale shadow of what we were previously promised”

“Rather than stay true to the original proposals for the site, the council has removed the opportunity for a greater hospitality offer which would have made much more sense given a prime waterfront location that could attract a wider demographic. There were originally six or seven restaurant units available, but several of those have been knocked together to provide space for a bowling alley, something that Banbury already has. It really makes very little sense”

“The building of a hotel also seems incongruous when Cherwell is crying out for affordable housing. That site could easily have been used for a socially rented apartment block rather than another chain hotel.

The council leadership is betting everything on this project to save their poorly judged investment in a struggling shopping centre. But I don’t see how an area that will be predominantly anchored in the night-time economy is going to help stores which will presumably be closed at night”

“In the early years of any new development there are always rent free periods and landlord fit out contributions which makes it unlikely that the new development will return much in the short to medium term. With 18 empty units in the shopping centre all major anchor stores now gone, and a plummeting asset value, there seems to be no realistic exit strategy that won’t leave Cherwell residents footing the bill for decades to come”