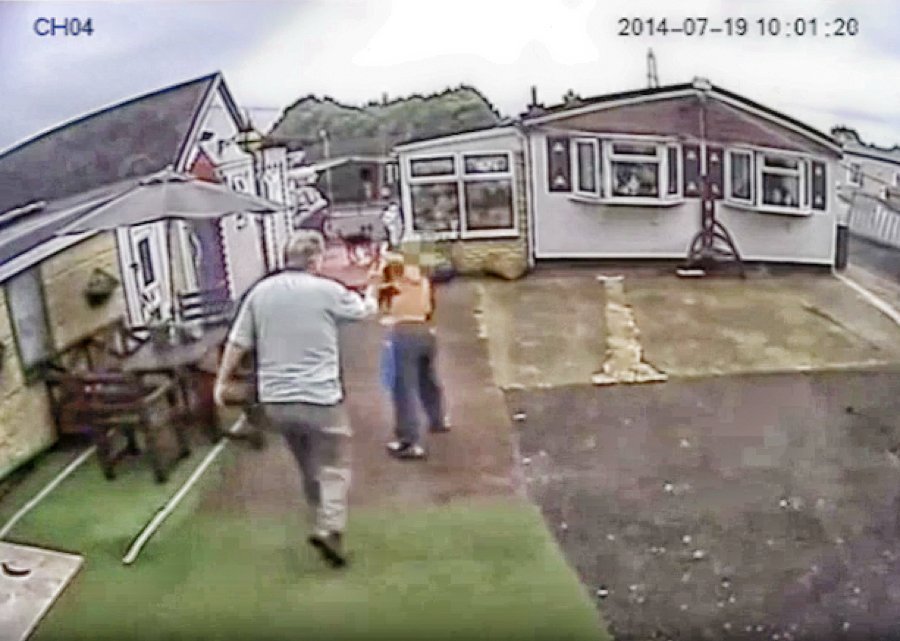 An Oxford traveller family which kept a ‘vulnerable’ man captive and used violence to force him work for five years on barely any pay as they siphoned off his benefits has been sentenced for their crimes.

Christopher Joyce, 82, and his daughters Mary Joyce, 60, and Helen Collins, 46, of Redbridge Hollow in Old Abingdon Road, were found guilty by a unanimous jury after a four week trial at Oxford Crown Court in June.

The Joyces were both jailed for 21 months on Thursday last week at Reading Crown Court. Collins was handed a seven-month suspended sentence and ordered to pay £2,000 in compensation.

They kept Nicholas Iliff in a brick shed described as being unfit for human habitation on the same travellers site where they lived.

The 52-year-old, who has learning disabilities, was forced to do heavy manual labour for more than 12 hours a day between April 2010 and February 2015. He was paid £5 a day.

Mr Iliff injured and dislocated his shoulder five times – once when he was forced to lift a heavy washing machine – and was beaten if he did not finish the task well enough.

During one of the attacks caught on CCTV Mr Iliff was hit with a metal bar.

Senior investigating officer, Detective Chief Inspector Mark Glover from the major crimes unit, said: “I hope that the sentence signifies the end of an extremely distressing period for the victim and that he can finally move on with his life.”

A consultant forensic psychologist found that because of his lifelong learning disability, Mr Iliff lacked the ability to leave and appeal for help.

Mr Iliff managed to leave on occasions, but was either recaptured or too scared and returned because he had nowhere else to go.

Meanwhile, the defendants were applying for and collecting his benefits of £139,000 between 2002 and 2015. They were convicted of conspiracy to defraud in November last year.

The Joyces were sentenced to 21 months in jail for a forced labour charge and 21 months for conspiracy to defraud, to be served concurrently.

They were also given a restraining order against Mr Iliff and a slavery prevention order.

He was eventually freed after a major anti-slavery police raid on March 26 in which 150 officers raided the caravan site as well as addresses in Rose Hill and Blackbird Leys.