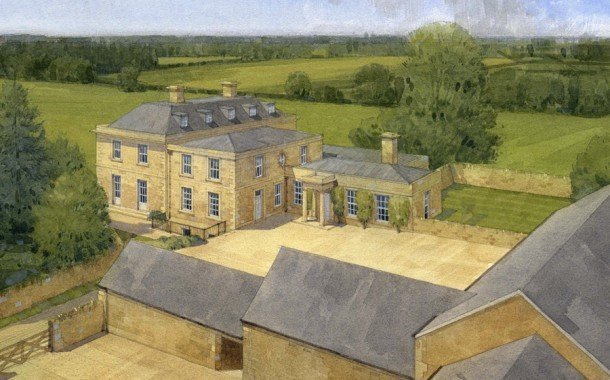 Television presenter Jeremy Clarkson caused a stir last week when he blew up his Chipping Norton farmhouse to make way for a new mansion.

Clarkson, 56, made the move after being granted permission by West Oxfordshire District Council for a replacement home, described as a ‘modest country house/gentrified farmhouse’ in July.

He decided to demolish his Cotswold stone farmhouse with explosives on Wednesday last week, with explosions being heard at about 1pm.

The Top Gear star bought the property for £4.25 million in 2012 and the plans for his new property include an attic games room and cinema. He already has permission for tennis courts and a swimming pool at the site.

His new house at Curdle Hill Farm, Chipping Norton, will be known as Diddly Squat Farm.

Craig Hamilton Architects said in its design and access statement that the new building would be “sympathetic to the landscape” and “respond intelligently to the existing historic architecture within the immediate locality”.

The first series of Clarkson’s new motoring show, The Grand Tour is due for release soon from Amazon Video, after he left Top Gear following an altercation.