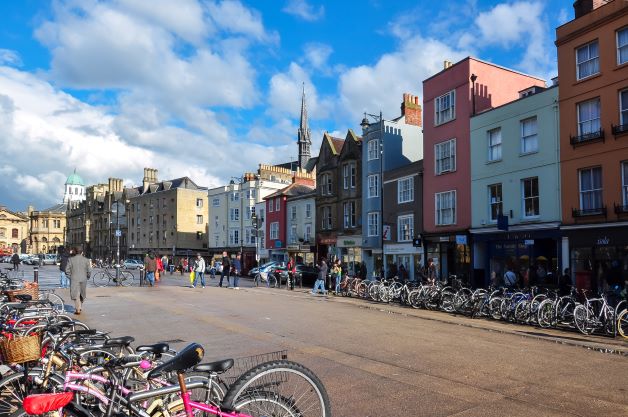 Oxfordshire missed out on allocation from the final set of Towns fund deals as Grays and Tilbury in Essex and Newhaven in East Sussex were Town Deals totalling up to £62 million through the Government’s Towns Fund announced today (Thursday 15 July).  This brings total investment from the Towns Fund in the South East region to £208.3 million.

This now means that all 101 towns originally chosen across the country have received funding offers totalling over £2.4 billion from the Towns Fund to invest in transport, infrastructure and skills. With the previous six in the South-East also being dominated by the regions with Hastings, Crawley, Harlow, and Colchester joining Stevenage (Hertfordshire) and Margate (Kent). No deprived areas Oxfordshire were chosen in the Government selection process.

This funding is already being used to support areas to build back better from the pandemic, helping transform our underused town centres into vibrant places to live, work and visit.

The Town Deals will drive forward ambitious regeneration plans, and fund new local projects such as improvements to transport infrastructure, new homes and the transformation of underused spaces. These landmark deals will help fund important work across the South East including:

“This government has now awarded a total of over £200 million from the Towns Fund to areas across the South East to help build stronger and more resilient local economies, which can support jobs, opportunity and prosperity for local communities.

“By backing innovative projects such as transforming the riverfront area in Grays into a community hub with entertainment and leisure venues, we are unlocking opportunity for future generations across the South East towns.”

All 101 towns selected to work towards a Town Deal were given a funding allocation with proposals being submitted to the MCHLG. The first cohort of towns submitted proposals in July 2020, before being reviewed by officials and a final decision made by ministers.

Town Deals build directly on the Government’s commitment to decentralising funding and decisions away from Whitehall and investing in the growth of local economies and devolving powers through ambitious City and Growth Deals, providing more than £9 billion of funding to Local Enterprise Partnerships (LEPs) and introducing 8 metro mayors in England.

The Government’s long-term vision to support the evolution of high streets into thriving places to live, work and visit has been launched in a new strategy today. (15 July)

This announcement follows major investment and action from government to level up opportunity and prosperity across all areas of the country, including through the £4.8 billion Levelling Up Fund, the £220 million Community Renewal Fund and the £830 million Future High Streets Fund.

This also builds on significant flexibilities we have already made in the planning system, so that empty offices and shops can be converted into high quality homes and retail businesses can change use without needing planning permission.

The National Tug of War Championship returns to Oxfordshire