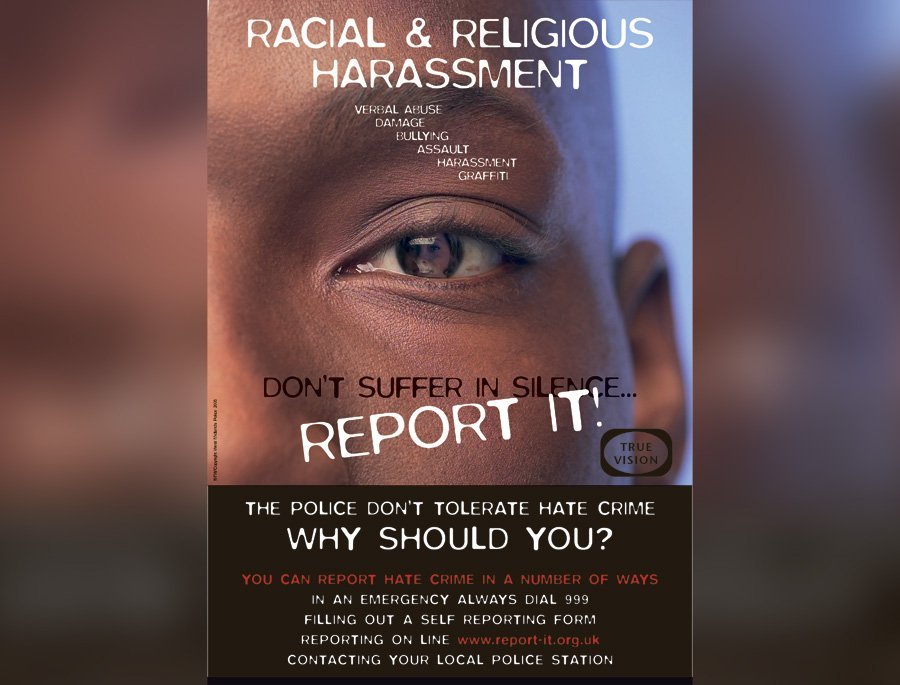 Oxford is coming together to ensure no one ‘suffers in silence’ following a 40 per cent increase in hate crime.

A poster campaign urging people to come forward if they have experienced or witnessed hate crime will be launched by Thames Valley Police and Oxford City Council alongside community events that are also planned to drive home the message of tolerance.

Figures have shown reports of racist and homophobic incidents increased by more than 40 per cent last year.

The posters will reflect the council’s efforts to ‘build and bring together stronger, safer communities’.

Shaista Obaidi, an Oxford anti-racism campaigner who is involved in the project, said: “It’s vital that Oxford sends out the clear message that we have a zero tolerance policy towards all forms of bigotry.

“Oxford is an international city, we are a city proud of our diversity and we stand in solidarity with anyone subjected to abuse based on their identity. Hate crime will not be tolerated and these new posters are here to make that clear.”

Councillor Tom Hayes, executive board member for community safety, said: “This council is committed to working with all our partners to challenge prejudice and intimidation, and will always take incidents of hate crime extremely seriously.”

At the same time, a new event called the People’s Fair, planned for this Sunday, aims to bring the city’s communities together to celebrate diversity.

Organised by M&A Social Enterprise, a voluntary not-for-profit community group founded by Mariam Ahmed, Anjum Ahmed and Rozeena Ali, three local women who work on diversity-related initiatives, the fair is being held in Florence Park from 11am to 5pm.

Mariam Ahmed said: ‘The People’s Fair aims to bring communities together, showcasing the strength of diversity in our city.”