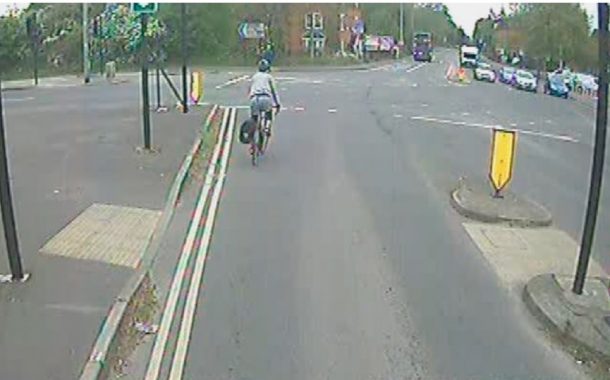 A bus driver who ran over a cyclist couldn’t have done anything to avoid the tragedy, an inquest has heard.

Oxford University student Claudia Comberti, 31, of Cumberland Road, Oxford, died on May 9 after being hit by a double decker bus at the junction with McDonald’s in Botley Road, Oxford.

Thursday’s inquest heard how she lost her balance while riding a red Genesis Equilibrium racing bike and fell sideways into traffic as she pulled away from traffic lights.

Oxford Bus Company driver Leslie Otto, who has worked for the firm for more than two-and-a-half years and had driven Oxford routes for eight months, had to be calmed down by passengers after the incident.

Giving evidence in person, he said that, due to the ‘weird’ and ‘unnatural’ angle of Miss Comberti’s fall, the incident ‘could not’ have been predicted, adding: “If she fell off the bike ‘normally’ I would have avoided her.”

This was an evaluation subsequent police investigations and coroner Darren Salter agreed with, the latter saying the manner of the driver, who only had a one second response time, was ‘reasonable’.

A police report added that Mr Otto, who was driving the 4B service, had ‘insufficient time and distance’ to avoid the incident.

Miss Comberti wobbled slightly as she pulled away before falling into the path of the bus, damaging the front left of the bus but being run over by the front and rear wheels on the right.

Mr Otto also said: “I tried to steer as far as I could to the right. I heard a thud and realised she had been hit.

“I hoped she was okay. I am so sorry for what happened. I did my best to avoid [the collision]. What happened happened very quickly.”

Mr Salter believes Miss Comberti’s right foot slipped off the pedal causing her to fall into the road. She was wearing normal shoes but her bike required specialist footwear for its SPD pedals.

The bus was trying to overtake Miss Comberti, a fourth-year geography student, before colliding with the cyclist in the middle of the yellow box junction.

The blow from the front right wheel was ‘not survivable’, according to the police report.

The county council announced last week it had gained £5million funding from the government to better segregate buses and cyclists on Botley Road.