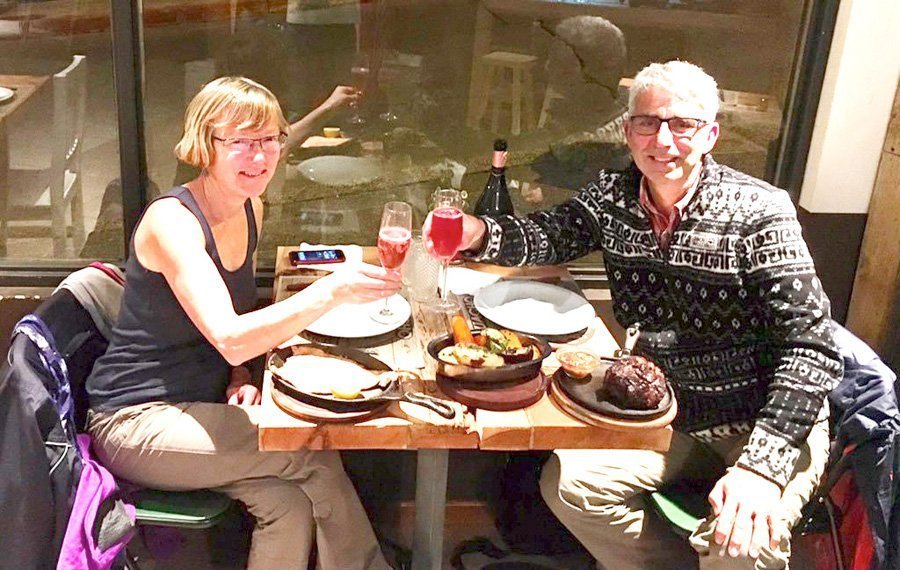 A man due to return home from a so-called ‘middle-aged gap year’ with his wife later this month has fallen to his death in India.

Oxford documentary maker Roger Stotesbury was visiting Orchha, in the Indian state of Madhya Pradesh, with wife Hilary when he plummeted 30ft from the Laxmi Narayan temple on Friday.

The man in his fifties, whose motto was “to die young as late as possible”, fell to his death moments after he had finished taking shots of the scenery from the 17th century temple, his family has said.

A family spokesman told the Press Association: “Roger took lots and lots of photographs, and he had gone to take some views from the temple.

“He put his equipment down and then he fell.”

They added: “They were the most happily married couple I have ever known. They were just so devoted to each other.”

The Times of India said Mr Stotesbury, a father-of-two grown up children, was “standing almost on the edge of a wall on the second floor of the temple” when he fell.

A police officer in the town of Tikamgarh was quoted by the Hindustan Times saying: “Other tourists and officials on duty called an ambulance and he was taken to the Orchha government hospital and from there he was referred to Jhansi, looking at the seriousness of his injuries.

“However, his wife insisted that he be taken to Ram Raja hospital in Orchha, where he died during treatment.”

The Foreign Office said it was providing assistance to the family following the tragedy.

The couple were due to return to the UK this month, after completing their India trip.

Writing on their blog, ourmiddleagedgapyear.wordpress.com, the couple said they were renting out their home and trying to live on £100 a day.

They said: “We are Hilary and Roger a married couple from England/Scotland who are in their mid-fifties. We’ve seen our two kids off into the wider world and we have no more caring responsibilities for our parents.

“So we thought now is the time to take a gap year and travel whilst we still have the health and energy. After all you only live once.”