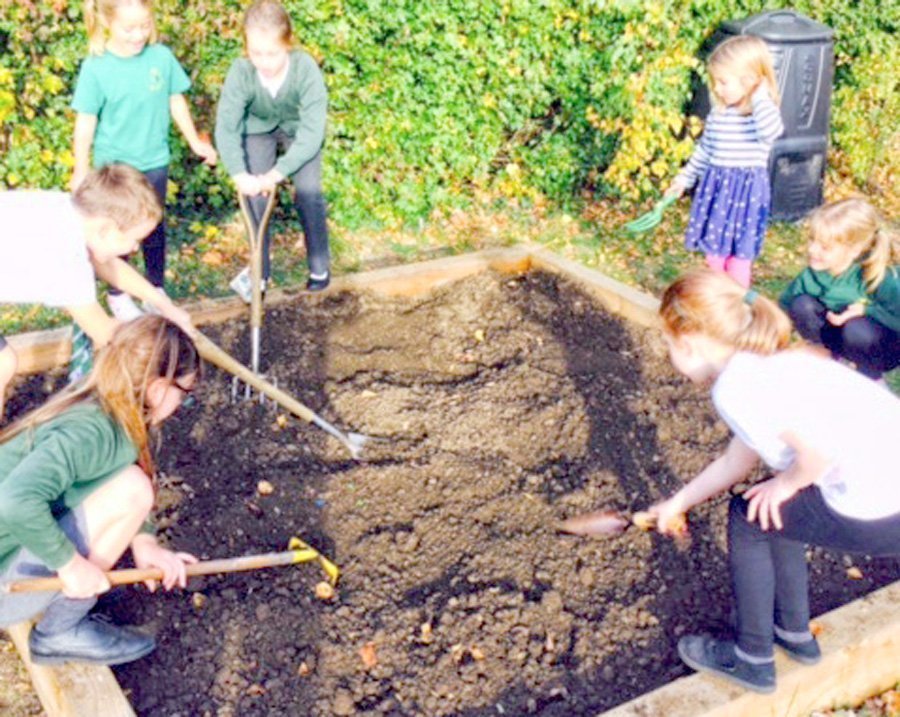 A new garden at a primary school near RAF Benson will allow children to focus on their wellbeing and ‘reap the rewards of their efforts’.

Pupils at Crowmarsh Gifford CoFE Primary School will be able to grow vegetables, flowers and herbs and enjoy getting muddy after the garden opened last week.

School staff and a ‘RAFters’ group worked towards the plans to provide the fun and therapeutic space for the children, many of whom have mums or dads who serve in the air force.

The plans were made possible thanks to a £2,500 donation that the schools’ RAFters group helped secure from the Ministry of Defence.

Headteacher Flora Barton said: “Gardens provide a space for everyone to reflect, to get messy, to focus on well-being – a priority for our school – and to be creative.  At Crowmarsh, we love to watch children reap the rewards of their efforts and what better way than a garden to do this.”

Jackie Napier-Jones, the school’s home school link worker, led the RAFters group in charge of designing and creating the garden.

Together they established the garden and will host a school assembly to explain how the garden will be used.

The garden has raised beds, which will be available to each year group at the school.

The RAFters will run a competition to judge the most beautiful, or most varied bed that has been created by the end of this academic year after the beds are passed on to different year groups.

The garden will also have compost bins and a wooden fence running around it with two gates.

The school is now planning to seek some extra funding to buy tools and plants.

Of the 200 students at Crowmarsh, between 10 and 20 are from RAF families at any one time.