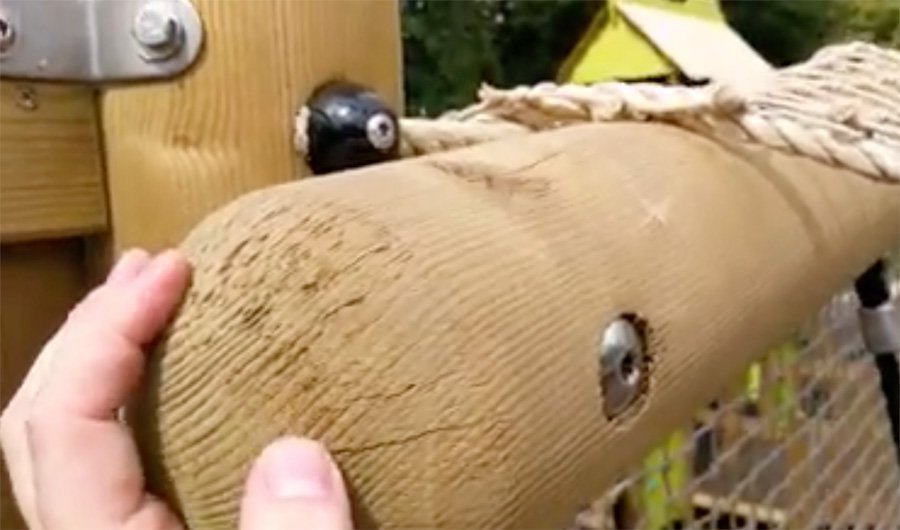 A PLAY park revamp costing £320,000 has come under fire from residents concerned about poor build quality at the newly unveiled project.

The new play area at Abbey Meadows, Abingdon was officially opened on June 15, much to the joy of residents and children.

But now residents have raised concerns saying that the play equipment, which was funded by Vale of White Horse District Council, is of poor quality, a claim denied by the council.

Ben Wiskin, a father-of-two from south Abingdon, took a video documenting ‘loose parts’ around the play area and claims to have overheard maintenance staff talking about the ‘poor build quality’.

He said: “They were commenting on the fact that lots of the work was not done to the plans set out including the metal slide that was supposed to be plastic.

“We also heard the groundsmen saying that every morning they have to go into the park early and tighten all the bolts up as the whole structure is continuously loose.”

He added: “It seems all the major support posts are loose, the safety nets have loose bolts and it is obvious that a lot are being repeatedly tightened, including the main slide support.

“The higher up you go, the worse it gets – walk ways, grab handles, supports holding up the nets that kids are walking over, are all loose.

“The wood is also badly cracking – £320k for a partly recycled park seems hugely excessive, especially when the quality of the materials is so poor.”

His comments were echoed by other residents.

Karen Sharp described the park as an accident waiting to happen, while Mike Woodbridge said: “[It’s] another Abingdon quick fix. Totally unacceptable where kids welfare is at stake.”

A spokesperson for the district council said the revamped park has received ‘a very positive response’.

He said: “The play equipment has been designed and constructed by specialist play manufacturers and an independent inspection was carried out by an approved play inspector prior to the opening confirming the park meets with current standards.

“Safety is of the utmost importance to us and, as with all district council owned play areas, we will continue to monitor its use and carry out repairs if needed.”