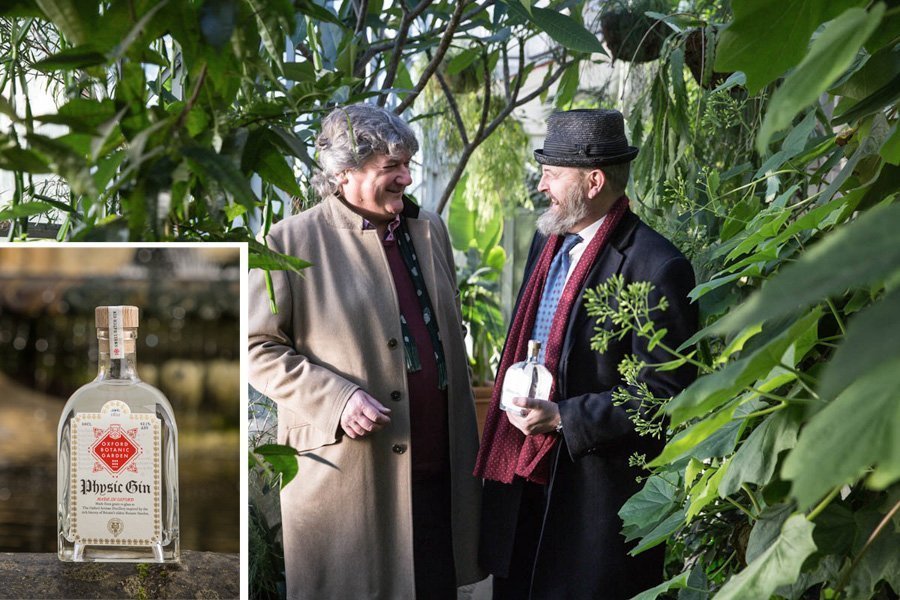 A true blend of old and new have created something very special in Oxford joining town and gown in a unique way.

The University of Oxford together with The Oxford Artisan Distillery have launched Physic Gin using the historic botanic gardens and the city’s very own gin distillery.

Unveiled last week, the spirit has come out of a 25-year licence, thought to be the first of its kind granted by the university, allowing the distillery in partnership with the uni to create Oxford-branded spirits.

TOAD opened in Cheney Lane in July last year and uses ancient grains, grown exclusively for it in fields near Oxford – one of the factors which first attracted the director of Oxford Botanic Garden, Professor Simon Hiscock, to the project.

He said: “I had always felt gin would go down well in a botanic garden, so when I met Tom [Nicholson, founder of TOAD] and discovered that Oxford was about to get its first craft distillery, the opportunity was too hard to resist.”

And from there the spirit began to take shape.

TOAD and the garden began a three-year collaboration which gave the distiller exclusive access to university resources and expertise.

The outcome of which, Physic Gin, celebrates the 400-year-old history and current usage of the Botanic Garden which was founded for the teaching of herbal medicine.

Today, 25 of those botanicals mostly foraged in the garden, give Physic Gin its unique flavour – the recipe for which is kept under lock and key.

Professor Hiscock had to pass an exam to gain a personal licence to allow the sale of the spirit at the Botanic Garden and acknowledged he was probably the first holder of an alcoholic licence there since the 1640s.

Mr Nicholson, whose distillery also produces vodka, whiskey and absinthe,  called the production of the gin a “true town and gown partnership”.

He said: “The city’s distillery is working closely with university departments, academics and experts to create superb spirits.

“We are of course highly privileged and can confidently promise a range of world class spirits, all bearing the revered Oxford brand.”

Professor Hiscock added: “I’m looking forward to making spirits inspired by our historical collections and having some botanical fun along the way.”