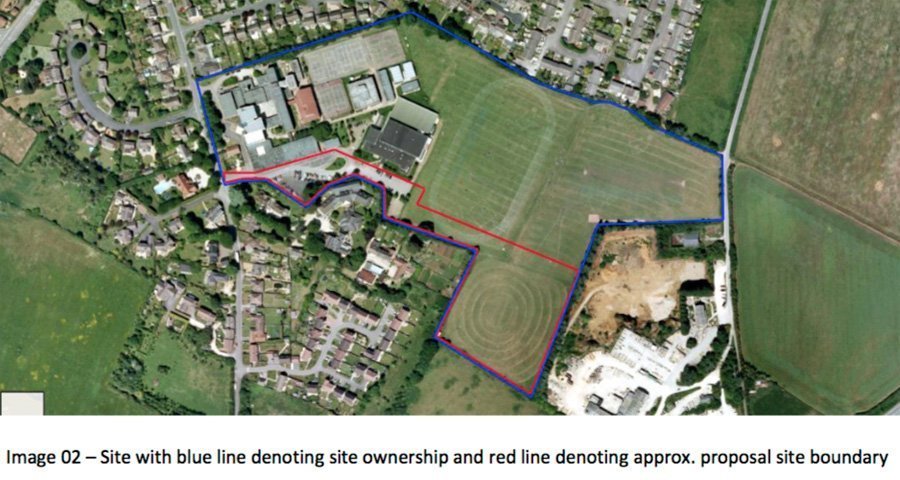 Controversial plans for a new 3G football pitch in Faringdon were expected to be approved yesterday despite community opposition.

Vale of White Horse District Council wants to build the facility behind the leisure centre, next to the college.

The artificial turf would replace an open area of grass adjoining the playing fields behind the Fernham Road centre.

Council planning officers recommended the development for approval at a planning meeting last night (Wednesday) in the face of residents and town council disapproval.

Great Faringdon Town Council objected strongly to the location of the pitch, adding that light and noise pollution would “affect the residents of Fernham Gate whose objections town council fully support”.

The council also held reservations over the type of pitch, arguing a pitch specifically for football is not wanted and that it is against the town’s neighbourhood plan.

The authority added that people would have to travel to other towns to play hockey. Sport England consider the pitch to be suitable for other sports such as lacrosse and ultimate Frisbee.

Angry Fernham Gate resident Neil Barker is worried the development would cause distress for his children.

He said: “Their [his young children’s] bedrooms are at the back of the house and floodlighting in the evenings will light up their bedrooms. I feel that noise pollution from the pitch would cause distress to my children in the evenings when trying to sleep.”

Another resident added: “Why was I not officially informed of this planning application, despite living directly opposite the proposed site entrance?

“Yet again the existing traffic issue in the surrounding area has not been addressed. While I am not against adding new state of the art facilities to the community, this site is already at saturation point.”

Congestion and parking fears were also raised over the expansion of Faringdon Community College.

Twenty-eight parking spaces were originally planned as part of the approval of a new teaching block for the college in September 2017 – this has now been increased to 45.

3G stands for a 3rd Generation synthetic surface used for sports, which consists synthetic turf, sand and rubber. Used for sports like Football, Hockey, and Rugby they are hard wearing and require less maintenance. In winter they ensure a clear playing surface, where real grass usually is churned up and leaves huge mud patches in the overpopulated areas.