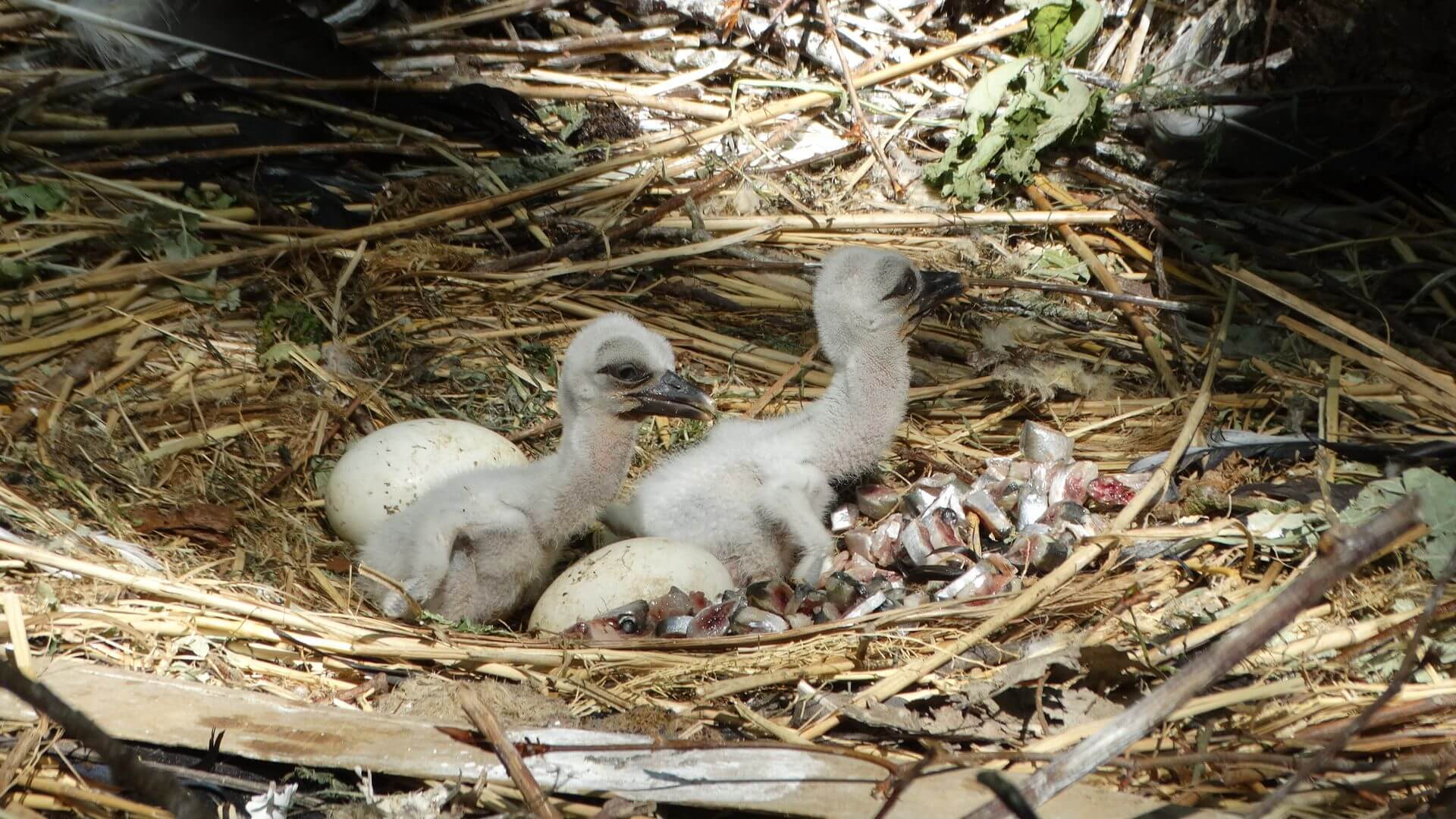 Twenty eight Storks bred at Cotswold Wildlife Park have taken flight in one of the UK’s most ambitious rewilding programmes – The White Stork Project. For the fourth year running, the Park has successfully bred chicks for this pioneering scheme which aims to restore wild Stork populations to Britain – a sight not seen since the 15th century.  It is the first Stork rewilding programme of its kind in the UK.

The team at Cotswold Wildlife Park, together with the Roy Dennis Wildlife Foundation, are responsible for the captive management aspect of the project and bred the youngsters from a captive population received from rehabilitation centres in Poland. Twenty four adult pairs live in a large netted enclosure at the Park where they are given the highest standard of care to facilitate successful breeding. Eight chicks hatched in 2018, 24 were successfully raised and released in 2019 and in 2020, despite challenging weather, the birds still managed to rear 21 chicks.

This year’s chicks hatched in May and to maximise their chance of survival, the husbandry team at the Park “assist” fed the chicks on the nest. Once fully fledged and separated from the adults, the birds were weighed, sexed, microchipped and fitted with highly visible leg rings to make them easily identifiable after their release.  At the end of July, they were transferred to Knepp Castle Estate in West Sussex. In August, the Storks were release into the wild – a momentous moment for the entire team.

“It is always extremely rewarding to take our White Stork chicks to the Knepp Estate ready for release. After months of dedicated care from the Stork team at the Park to get the youngsters to this point, the actual day of release when the acclimatisation pen is opened never loses its magic. We are delighted that we now have the fourth year of Cotswold bred Storks exploring the sky around Sussex, before hopefully heading off on their marathon migration”. 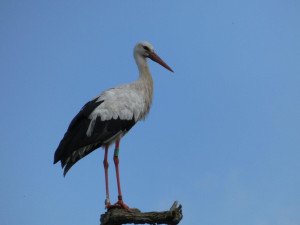 The White Stork Project monitors tagged birds via their fitted GPS tracking system but also relies on sightings reported to their website by members of the public to keep track on both tagged and untagged Storks. Thanks to the dedication of an ever-growing army of Stork fans across Europe and Africa, they recently received encouraging news about one of the first Storks released into the wild back in 2018 – a female named Marge who was bred at Cotswold Wildlife Park. In July they posted on their social media: “Very excited this week to receive the first confirmed sighting of Marge since her release in August 2019! Whilst her GPS tag means we can track her travels, this is our first view of her in almost two years”. Stork enthusiast Eugene Archer photographed Marge in Loire-Atlantique, France (pictured left).

More positive news emerged over the summer with potentially the first return home to England from a Stork released from Knepp back in 2019 who was recently spotted in Guernsey and Sark. The White Stork Project said: “This would be the first of released juveniles to return after migration, so we’re very excited to see where she turns up next. This is not a GPS tagged bird, so we wouldn’t know about her progress without you, our wonderful community reporting your sightings, so we would like to thank you for your incredible contribution”.

All of the Storks involved in the White Stork Project have unique coloured rings on their legs – anyone who spots a Stork in the British Countryside can report their sightings here: https://www.whitestorkproject.org/report-a-sighting.

Cotswold Wildlife Park is actively involved in conservation in the wild. The White Stork Project is one of several conservation programmes the Park supports. Please visit https://www.cotswoldwildlifepark.co.uk/conservation/ for more information.

The adult breeding Storks at Cotswold Wildlife Park are on show in the Lake walk-through area.

Cotswold Wildlife Park opens its doors at 10am every day, with last admission at 4.00pm† during the summer