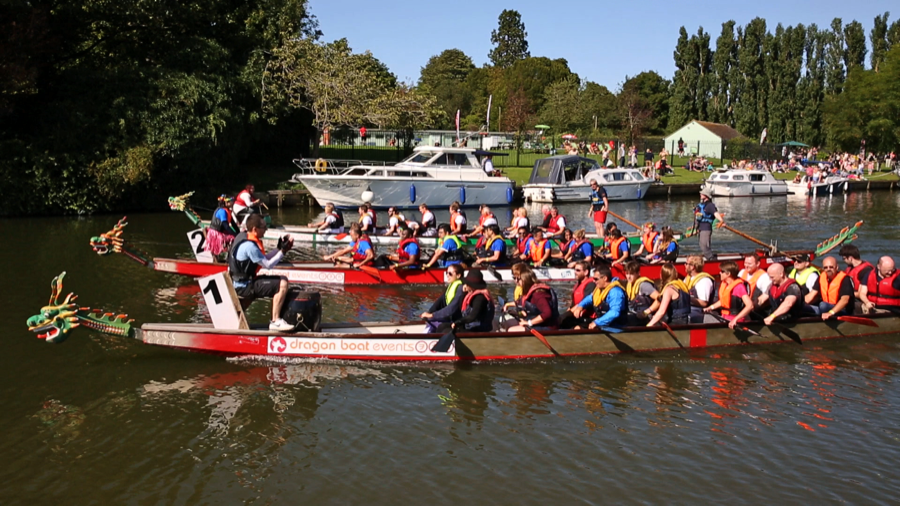 Friends, families, and colleagues can band together to sign up as a team paddling to the beat of drums for Abingdon Dragon Boat Festival.

Entry is now open for competitors to sign up for the 18th annual event on Sunday, September 4.

It is run by the Rotary Club of Abingdon Vesper to raise funds for charities.

Rotary Club member Richard Benton said: “We need to get at least 20 teams so we can have a good day.

“It’s a great way to raise some money, to have a really good day out and have fun on the river.

“People need to be prepared to get out and have a good time.

“The teams really enjoy it. It’s all fun but it does get quite competitive.”

Local charity Footsteps Foundation, based in Dorchester on Thames, have taken home the title for two years running and are hoping to make it three on the trot.

Teams can fundraise for their own chosen causes and also contribute to the rotary club’s chosen charities.

So far around five teams have agreed to sign up to the 2016 festival.

No experience is needed for the teams of 20 people – 16 to paddle, one to drum and a few reserves.

The race takes place along a 250-metre stretch of the river by Abingdon Bridge.

Knockout heats are held throughout the day before a  final is held.

Rowers are encouraged to bring out their best fancy dress with a prize is available for best team effort.

A fun fair, children’s entertainment, a bar, as well as food and craft stalls will also run throughout the day at Rye Farm Meadow.

Superstitious Chinese villagers held races to worship the dragon, a symbol of water, to call for rains needed for prosperity and better harvests.