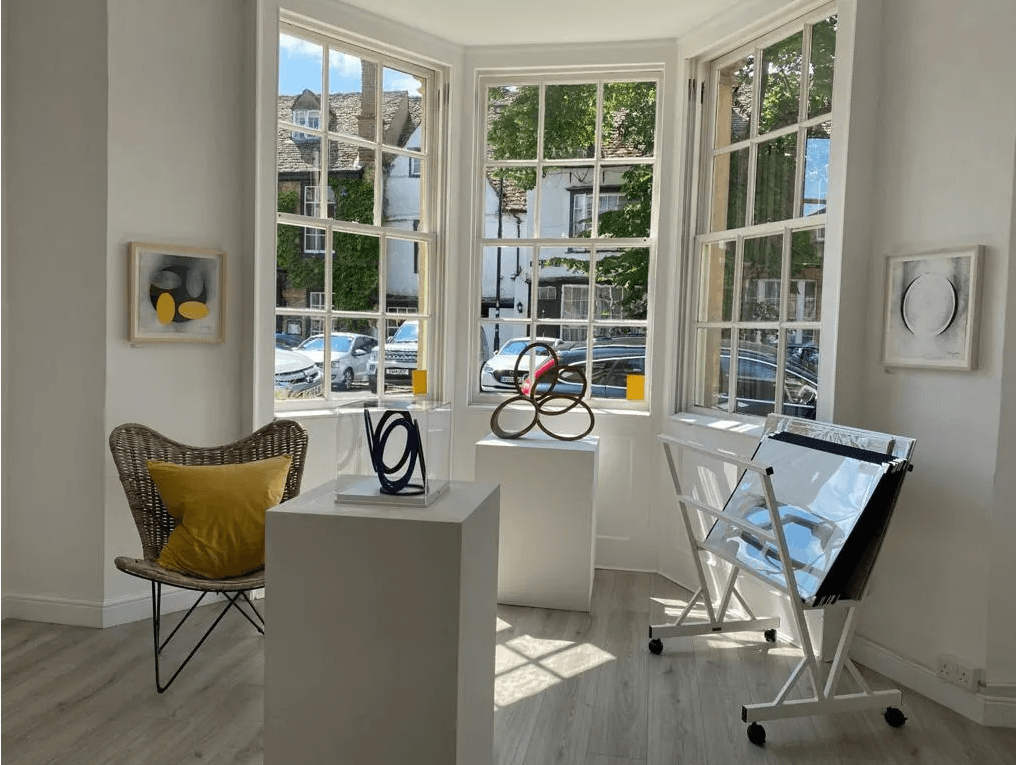 Zuleika Gallery is excited to announce its forthcoming exhibition, Riley and Hyndman: The Rhythm of Life, that will be open from 12 January to 7 March in Woodstock, Oxfordshire.

This exhibition will feature original paintings by Kathleen Hyndman and a selection of prints by Bridget Riley.

This exhibition gives an exciting opportunity to view the work of these two nonagenarian female artists side by side. As Hyndman celebrates her 94th birthday in January 2022, the comparisons and synchronicities between her work and that of her more famous artistic contemporary are compelling.

Visually the work of these two artists have clear similarities with the use of geometric shapes, pattern and colour. Both artists were inspired by nature to produce work that reflected the visual rhythms and harmonies found in the world around them.

For Riley, this investigation was primarily grounded in colour theory, whereas for Hyndman, her response is underpinned by her understanding of mathematics. The flow of water, the movement of the wind or dappling of light provide the visual stimuli for both artists.

The patterns of nature are translated into their work, and we are delighted to be able to show them side by side in the Woodstock gallery this January. 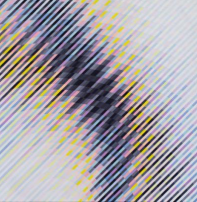 Kathleen Hyndman was born in 1928 in Brentwood Essex and trained at Kingston-on-Thames School of Art. She exhibited widely in the 1970s. In 1972 she exhibited at the Museum of Modern Art in Oxford and in 1982 as part of the touring exhibition, the Hayward Annual, organised by the Arts Council. She has shown internationally Germany, France, South Africa and the Netherlands and continues to paint in her studio in Oxfordshire. Hyndman’s work explores arithmetical sequences and geometry as a means of distributing motifs, shapes and colours. Golden section proportions and angles, prime numbers, Fibonacci numbers and eccentric constructions are used.

Subject choices are made as to which variety or conjunction of constructive ideas and which colours are used to parallel the initial visual perception. One idea can produce a series of work. Interrelations within the work and to the whole are aimed at achieving a calm and balanced unity. Each work has attempts to be a visual version of ‘truth’ – an attempt to make no false move in colour, tone or value. 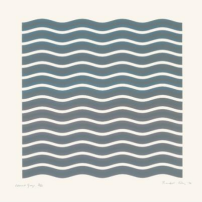 Bridget Riley b.1931 is perhaps most famously know as being at the forefront of Op Art, a movement that she has stayed close to for most of her artistic career. She studied first at Goldsmiths College and then at the Royal College of Art. She predominantly works with paint but began using print in the 1960s when the technologies for screen print developed.

As well as the commercial possibilities for print editions Riley also found that there were some artistic ideas that could only be achieved through the medium of print. Now aged 90, Riley studied at Goldsmiths and the Royal College of Art and turned to printmaking in the 1960s. Riley has an illustrious exhibition history, which includes the Hayward Gallery, Whitechapel Gallery and the Venice Biennale, where in 1968 she represented Britain and was the first woman to win the international prize for painting. Her work is held in many prestigious international collections The Museum of Modern Art in New York, the National Gallery of Art in Washington, D.C., the Tate Gallery in London, and the Peggy Guggenheim Collection in Venice.

About the Zuleika Gallery

Founded in Oxford in 2015, Zuleika Gallery’s focus is on Modern British and emerging contemporary art. Founder Lizzie Collins is a history of art graduate of UCL, and a
postgraduate of the Courtauld Institute in London. She was a director and auctioneer at Bonhams, and a specialist at Christie’s in 20th Century British Art, before founding Zuleika Gallery.

The gallery operated in the heart of St James’s from 2017- 2021 and in January 2022 will move to take up permanent residence in Cromwell Place, South Kensington. The
Woodstock gallery opened in August 2020. The building, which dates to the early 17th Century, is next to The Oxfordshire Museum, opposite the historic Bear Hotel and a short walk from the town entrance to Blenheim Palace, home to the Blenheim Art Foundation. The gallery is committed to making art accessible and caters for both the entry level collector and the connoisseur. It also offers bespoke art advisory services for private or corporate collectors.