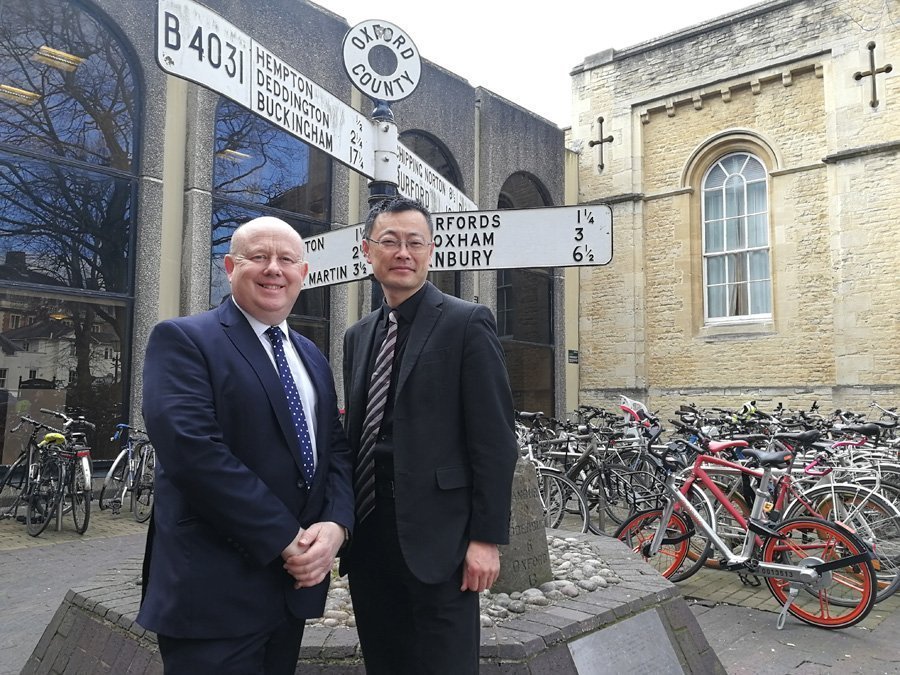 Backers of a brand new ‘future city’ in China have turned to Oxfordshire for innovative ideas about green transport.

This has proven an inspiration for a new city called Xiong’an, near Beijing, which was announced in April last year.

Initially it will cover roughly 100sq km – the size of Paris – and will later expand to 200sq km – 67sq km smaller than Birmingham.

Eventually it will cover 2,000sq km – three times the size of New York – and home a population of between two and two and a half million people.

Oxfordshire is one of four localities looking for ways to meet rising demand for transport and solve the growing problems of congestion and air pollution.

Cllr Hudspeth said: “We all know that Oxfordshire is a technology hotspot with its fair share of transport challenges, which make it a good place to try to solve the problems of congestion and air pollution.

“This is an opportunity to share what we have learnt, and building relationships in China that could lead to fresh ideas and investment.”

As part of the project around 20 students from leading Chinese universities are expected to work on a transport related project in Oxfordshire.

Cllr Hudspeth said this would bring ‘some immediate benefit to the county’.

The vision is to build Xiong’an, 100km from Beijing, into a world class green and smart city with hi-tech industries and more efficient transport. It is also intended to take the pressure off the growing Chinese capital.

Dr Samuel Chen, who arranged the trip and is from the Oxford Programme for the Future, which re-thinks city development, said: “I am sure the leaders of Xiong’an will be able learn a lot from Oxfordshire’s experience in green transport.”