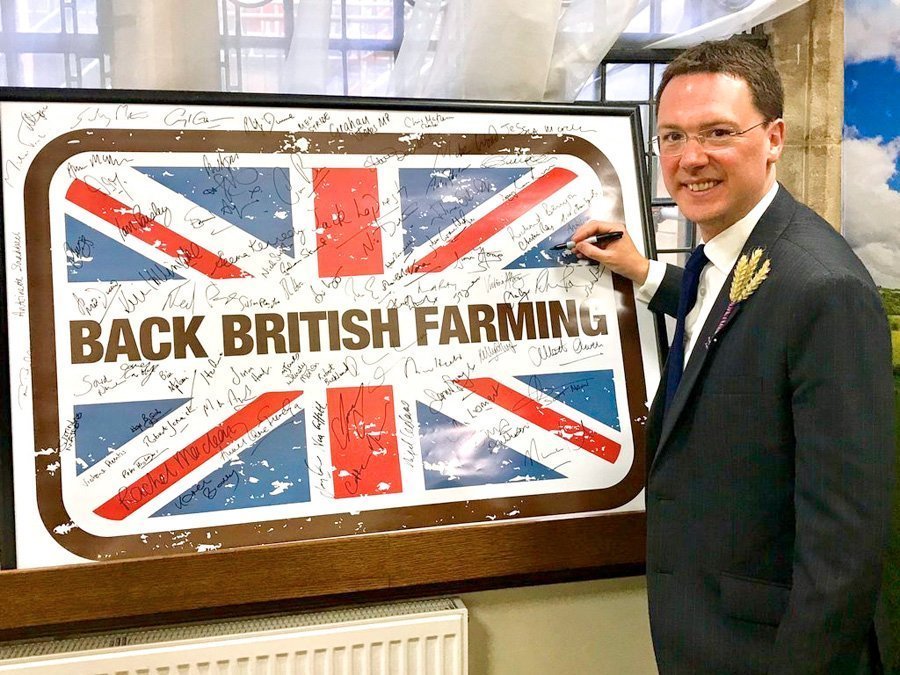 The Conservative wore a pin badge made out of British wheat and wool as he scribbled his signature to give his backing to the Back British Farming campaign.

The event in Westminster was held by the National Farmers’ Union (NFU) as a rallying call to MPs to support farming during a particularly crucial period for British farming as the Brexit negotiations begin.

Mr Courts said he recognises the ‘vital’ role west Oxfordshire farmers play in the local economy – farming in the district is worth £13million to the nation’s economy and provides 700 jobs.

He added: “There are so many worthy reasons to support British farmers: they are responsible for securing our fantastic British food supply, looking after our world-renowned countryside and sustaining a dynamic rural economy.

“That is why I am proud to wear the NFU’s Back British Farming pin badge in Parliament.”