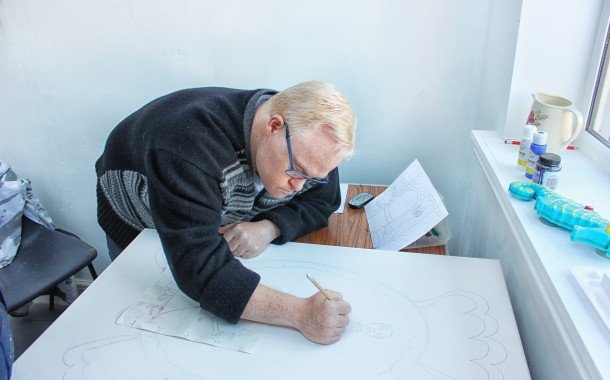 A group of artists with learning disabilities, who have broken out from community arts into mainstream professional arts, held an exhibition at Modern Art Oxford.

Film Oxford presented the new work by the Shadowlight Artists, an independent group of artists with learning disabilities based in Oxfordshire.

The Shadowlight Artists are a six-strong group – Tom Breach, Mark Hemsworth, Russell Highsmith, Richard Hunt, Lucy Skuce and Danny Smith – working in a variety of media, but with a shared interest in digital forms.

The group was formed in 2008 as a result of Film Oxford’s Flash Frame project with the aim to identify individuals who showed artistic potential.

Since then, they have produced work that has reached audiences in the UK and beyond, spanning media from painting and sculptural installation to film and theatrical production.

The exhibition showcased the work produced during the Creative Bridges project, which allowed each member to produce work in collaboration with an established professional artist.

Course manager at Film Oxford, Richard Duriez, said: “Film Oxford sought out and found this talented group of artists with learning disabilities living in Oxfordshire, and supported them to come together to create new work and exhibit.

“The main purpose of the group is to support artists with learning disabilities to break into the mainstream, raising the profile of all people with such disabilities. Formed in 2008, they have built a growing local, national and international profile with screenings of their work in London, New York, Toronto, Mexico and more.”