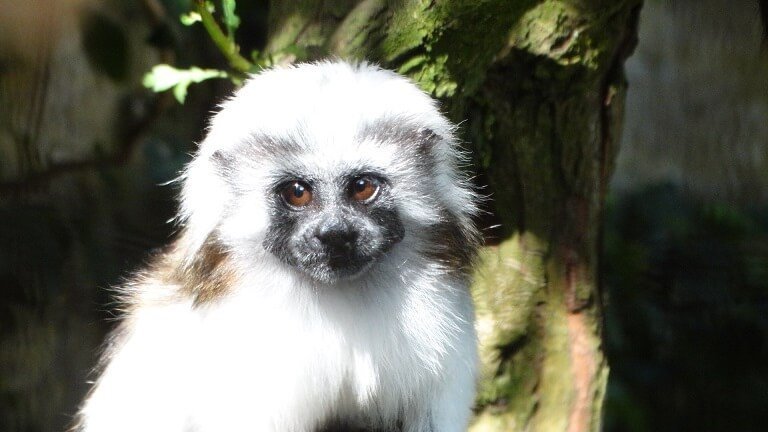 To mark International Day of the Cotton-top Tamarin, on 15 August 2021, Cotswold Wildlife Park is celebrating two new additions to the Burford collection from one of the world’s rarest primate species. The striking eleven-week-old infants were born to the Park’s new breeding pair, Johnny and Trillian. Visitors can see the playful youngsters in their enclosure opposite the entrance to walkthrough Lemur exhibit Madagascar.

We didn’t realise how cute baby Tamarins were until we saw them ourselves, so be sure to visit them to see this once in a lifetime opportunity and find out amazing facts like their hair stands on end when excited and that they can make 38 distinct sounds! The social creatures often give birth to twins and are a delight to see up close.

Cotton-top Tamarins (Saguinus oedipus) are considered to be one of the world’s 25 most endangered primates* and are classified as Critically Endangered by the International Union for Conservation of Nature (IUCN), making them one of South America’s rarest Monkeys. Rampant deforestation and gold mining have destroyed an estimated 95 per cent of their natural habitat. In the wild, these rare creatures are restricted to a tiny corner of north-west Colombia. Approximately 6,000 individuals remain in the wild – a devastatingly low figure, considering their numbers once ranged between 20,000 and 30,000 in the 1960s and 1970s.

New father Johnny is an important individual for the European Endangered Species Programme (EEP) as he has an impressively pure bloodline. These new births are considered significant additions to the EEP, helping to ensure the genetic diversity of the species. 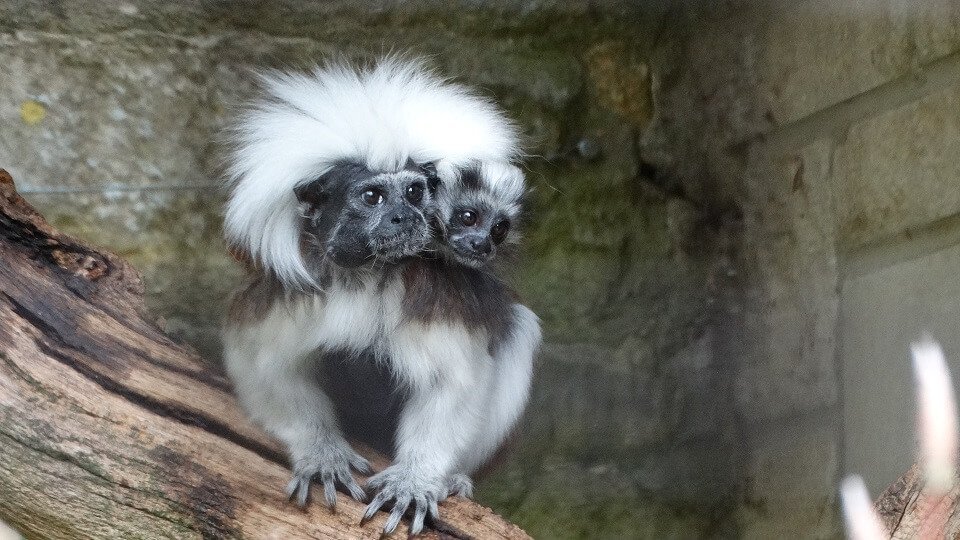 Each member of the family plays a specific role when it comes to rearing the young. The dominant male spends the most time carrying his infants – the mother carries them for the first week of life then holds them only to suckle. Females are pregnant for six months and the babies weigh approximately 15 per cent of their mother’s body weight.

Natalie Horner, Section Head of Primates, Small Mammals and Birds at Cotswold Wildlife Park, commented: “Our pair of Cotton-top Tamarins are proving to be wonderful parents once again to our newest arrivals. The twin boys are already busy exploring their enclosure, growing bigger and braver each day”.

Cotswold Wildlife Park opens its doors at 10am every day during the summer, with the last admission at 4.00pm

Children must be accompanied by an adult at all times. Registered blind are admitted free of charge; all accompanying visitors pay normal admission prices.