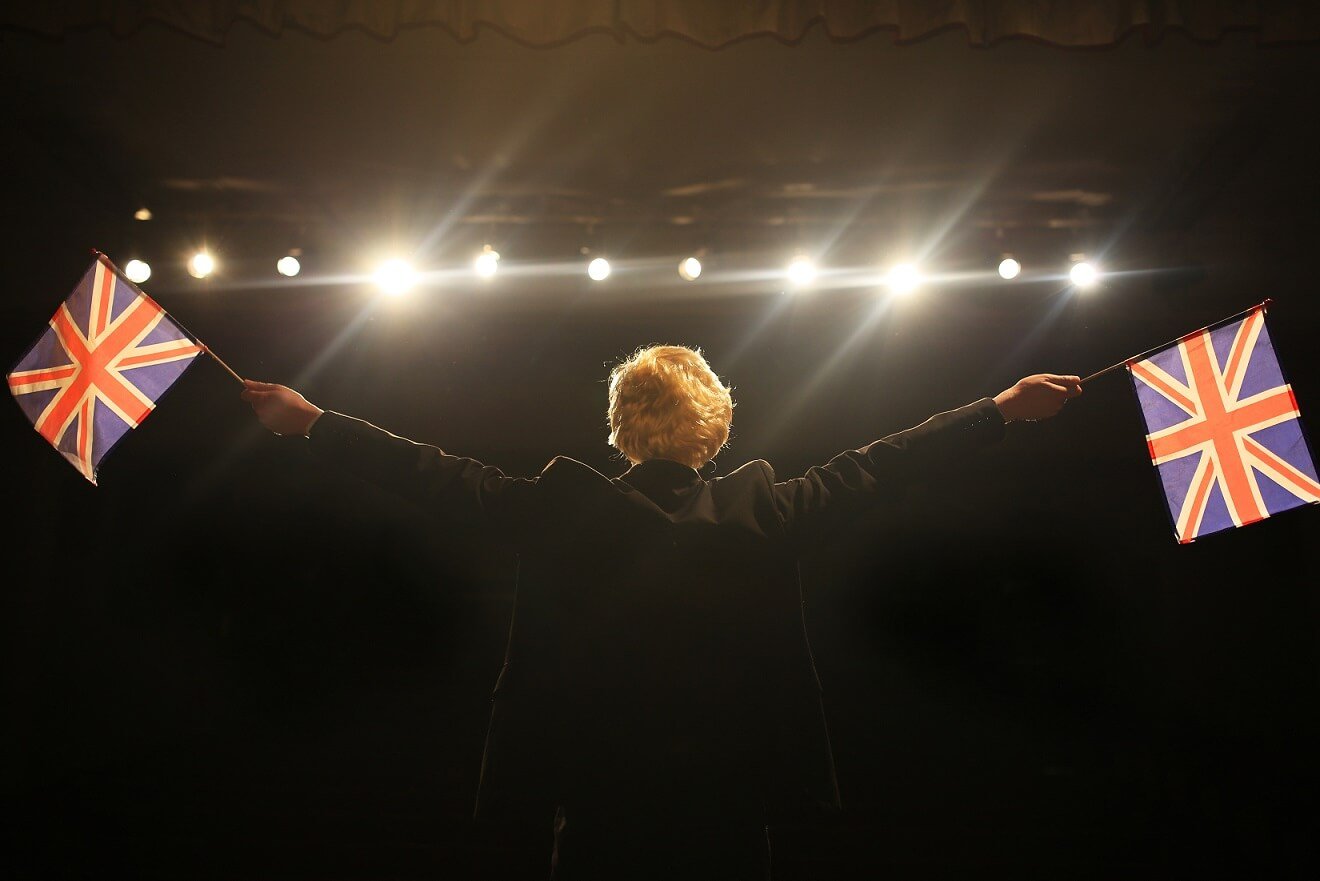 Blowfish Theatre bring the third instalment of their political trilogy, Boris the Musical 3: The Johnson Supremacy, to Oxford’s Arts at the Old Fire Station this September.

Charting the ups and downs of Boris Johnson’s Prime Ministership, Blowfish Theatre’s latest show takes audiences on a laugh-out-loud journey from the General Election of 2019 right up to Covid Britain today.

With a multi-roling cast of four actors, Boris the Musical 3 offers Blowfish’s characteristic combination of high-energy humour, fantastic original music and searing satire. While the varied character list means there’s plenty of lampooning to go round, from Dominic Cummings to Kier Starmer via Carrie Symmonds and Chris Whitty.

Actor James Ringer-Beck, who plays Boris, said: ‘Like the rest of us, Boris has had an eventful eighteen months. He nearly died, had a new baby and of course there’s the small matter of the pandemic. But unlike the rest of us, he’s displayed a complete refusal to change, grow or learn from his mistakes. So he remains a preposterous person to be PM, which makes him great fun to play.’

How does a company of satirical theatre makers handle a pandemic and national lockdown? Writer Laurence Peacock said, ‘At Blowfish, we always say that bad news is good for business. Turns out, this was only true so long as the theatres were open. So a small oversight on our part there. But we’ve bided our time, refined our gags and we can’t wait to get back to it. After all, as people keep telling us, there really is no shortage of material.’

Founded in 2016 to make the first Boris the Musical, Blowfish have since made a sequel charting Johnson’s rise to Number 10 and even a show about Donald Trump. Their shows are known for combining caustic humour with unlikely musical pairings. Composer Dominic Lo said, ‘We’ve had a lot of fun with the music for Boris 3. Alongside catchy pop bangers like ‘Made In Westminster’ and ‘We’re All Tories Now’, audience members can expect an exciting mixture of drum and bass, ballads and kazoos. Although not all in the same song, sadly.’

Lani Calvert, who plays Dominic Cummings, said: ‘It’s obviously been a really tough time for everyone involved in theatre. At Blowfish we’re still committed to making satire that is both silly and sincere, irreverent and informed. We just can’t wait to actually get back on stage!’

Boris the Musical 3: The Johnson Supremacy

Arts at the Old Fire Station