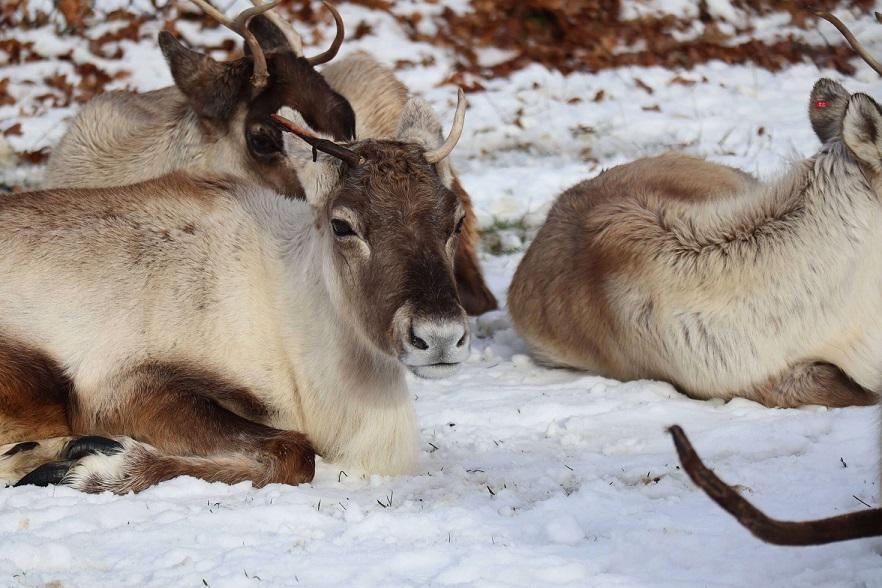 Storm Arwen may have dampened spirits by forcing the Cotswold Wildlife Park to close, but it gave the hardworking team of dedicated keepers a rare chance to snap the animals in their care enjoying their own winter wonderland today.

Closing to due to extreme weather conditions to ensure the safety of staff and visitors, the photos include our new three-month-old White Rhino calf, Molly, experiencing snow for the first time (pictured investigating the snow with her mother Nancy). Also, Zebra foal Maxwell had his first taste of snow today too (all Rhino and Zebra photos were taken by Senior Mammal keeper Jenni Maxwell. Jenni named Maxwell when he was born this August.

The team are hoping that they will be able to reopen tomorrow so visitors can enjoy the sight themselves. 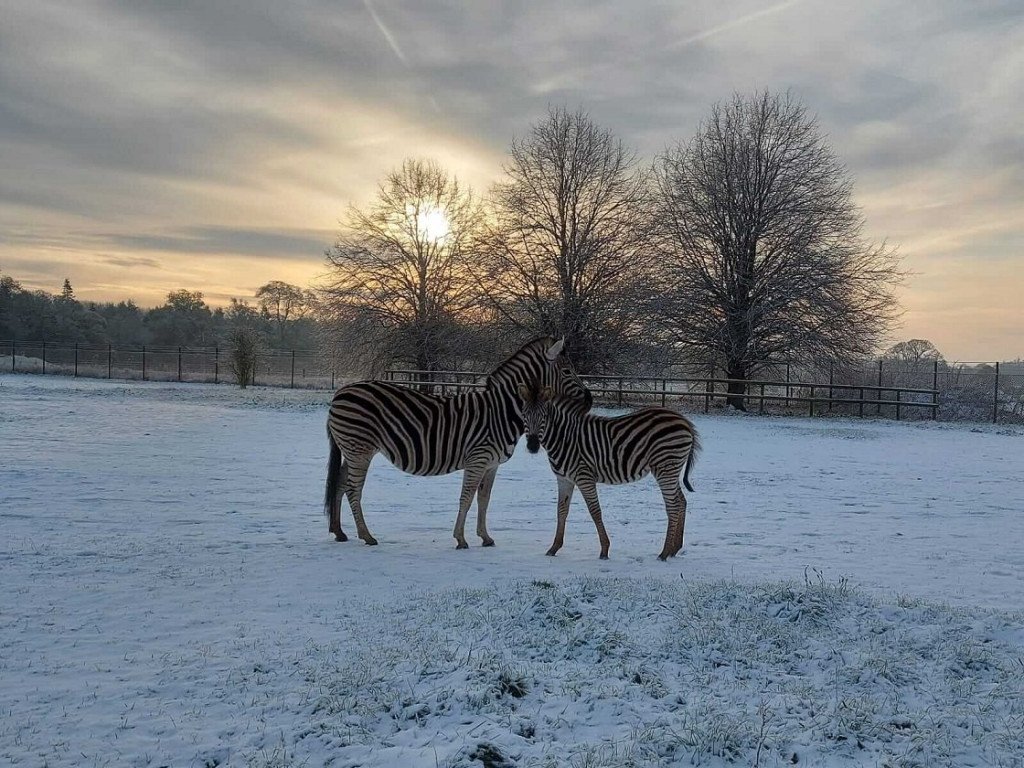 Jamie Craig, Curator of Cotswold Wildlife Park & Gardens, said: “All the animals have heated houses where needed and are currently unaware of the outside temperatures, unlike their keepers who were busy removing snow from the roof of the aviaries and clearing pathways this morning. It’s certainly not the weather for our tropical species but for a few, most notable the Reindeer, Wolverines and Penguins and Pallas Cats, it is a favourite time of year and they are revelling in the arctic conditions.”

Chris Kibbey, Assistant Animal Manager at Cotswold Wildlife Park, said: “Although we are currently closed today, keepers are still working hard to ensure all the animals are well cared for. A falling of snow this morning has been welcomed by a few of the species, including the Red Pandas, Camels and Wolverine who would normally come from colder climates. Any animals that aren’t a fan of this weather are provided with heated indoor enclosures.”

Bactrian Camels are a prime example of environmental adaptation. They inhabit Central and East Asia’s rocky deserts where temperatures can reach over 100°F but can also drop to –20°F in winter.

Their thick, shaggy fur can cope with the freezing temperatures and it moults as the seasons change, allowing them to survive in the unrelenting heat. They can close their nostrils and use their double row of long eyelashes to keep sand out of their eyes.

PENGUINS IN THE SNOW

DUCK IN THE SNOW (TAKEN BY MAMMAL KEEPER JAMES)

REINDEER IN THE SNOW

9 WOLVERINE SARKA IN THE SNOW 2