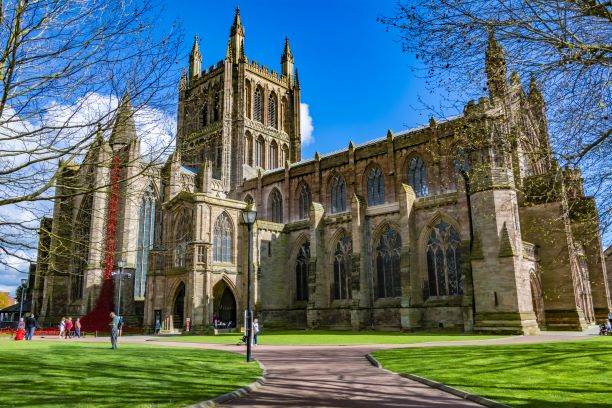 Oxfordshire’s Dorchester Abbey will light up as the world renowned Academy of Ancient Music (AAM) gives a special concert with the acclaimed violinist Nicola Benedetti.

Marking the 250th anniversary of Telemann’s death, the orchestra welcomes Benedetti, pictured, who joins musical director Richard Egarr and AAM for the first time on May 30.

Nicola will cover Telemann’s Frogs concerto, where the violins and violas imitate a chorus of croaking amphibians, and Vivaldi’s sizzling Il Grosso Mogul where solo and orchestral parts mesh together in a feast of virtuosity.

Benedetti will be playing her violin with gut strings as she has described them as having a more ‘human’ sound than that offered by their modern counterparts.

The concert will also feature Telemann’s Concerto for Four Violins, where soloists from AAM join Nicola.

The AAM’s recently appointed new leader, Bojan Čičić is honoured to be given the post.

He said:“Over the past five years in which I have worked as a principal player, the orchestra has become very much like a family.

“I believe we have formed friendships that will last a lifetime and I look forward to giving my utmost to continue making the best possible music for AAM’s global audience.”

Bojan is known for his intelligent and virtuosic playing on both the violin and viola d’amore. He specialises in symphonies ranging from the late 16th century to the Romantic period.

Čičić has a wealth of experience and has also been a director of the European Union Baroque Orchestra and a guest leader and soloist with the Orchestra of the Eighteenth Century.

The AAM is a period-instrument orchestra from Cambridge, which was founded in 1973 with 2018 being their 45th anniversary.