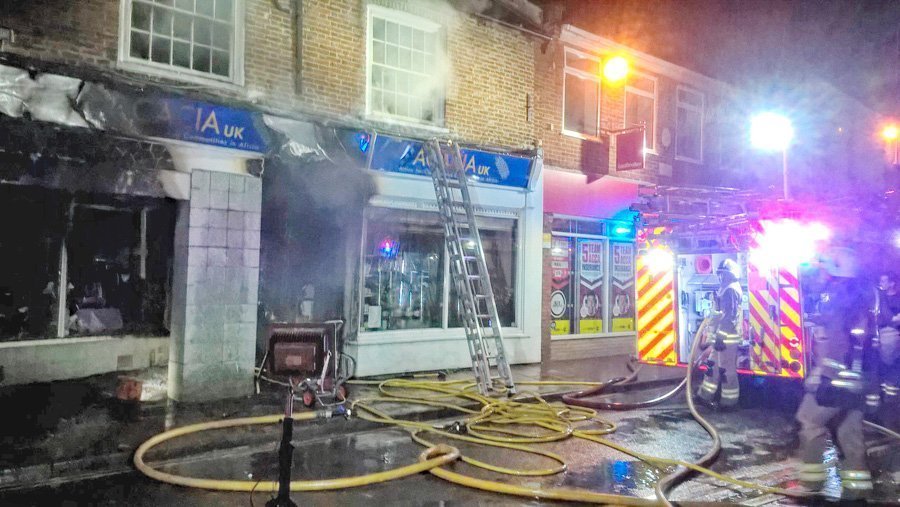 Supporters of a charity shop destroyed in a suspected arson attack are trying to raise £3,000 so the lives of those it helps are not affected.

The Abingdon branch of Acacia UK could be out of action for the best part of a year, during which time the charity will be losing vital income as well as struggling to replace the storage and office space it lost in the blaze on September 25.

Ian Middleton, a keen supporter of Acacia – action for children and communities in Africa – started the campaign and urged people to “show these vandals that they won’t win”.

He has so far helped raise over £1,000 through the online JustGiving appeal for the cause which offers support and schooling to children living with disabilities and mental health issues in sub-Saharan Africa.

He said: “I understand that the money raised will be used to help them refurbish the store and maybe to open a pop-up store in the meantime while they wait for the damage to the building to be repaired.”

He added: “The charity and I have been knocked out by the generosity of so many people in Abingdon and the surrounding area and would like to thank everyone who has donated so far and encourage those who haven’t to give what they can and spread the word.

“Although the staff and volunteers have vowed to restore the shop and carry on with their amazing work, the mindless actions of arsonists will doubtless impact on the lives of many hugely disadvantaged children.

“The target is £3,000, but it would be great to see more. Let’s demonstrate how the generosity and kindness of the people of Abingdon and beyond can still make a difference where it counts.”

The store contained a large amount of donated stock, project archives and accounts.

A 58-year-old man from Abingdon was arrested on suspicion of arson in connection with this incident. He has been released under investigation.

Following the incident, investigating officer Sergeant Leon Astley said: “Thankfully no one was injured – but the consequences could have been extremely serious.”