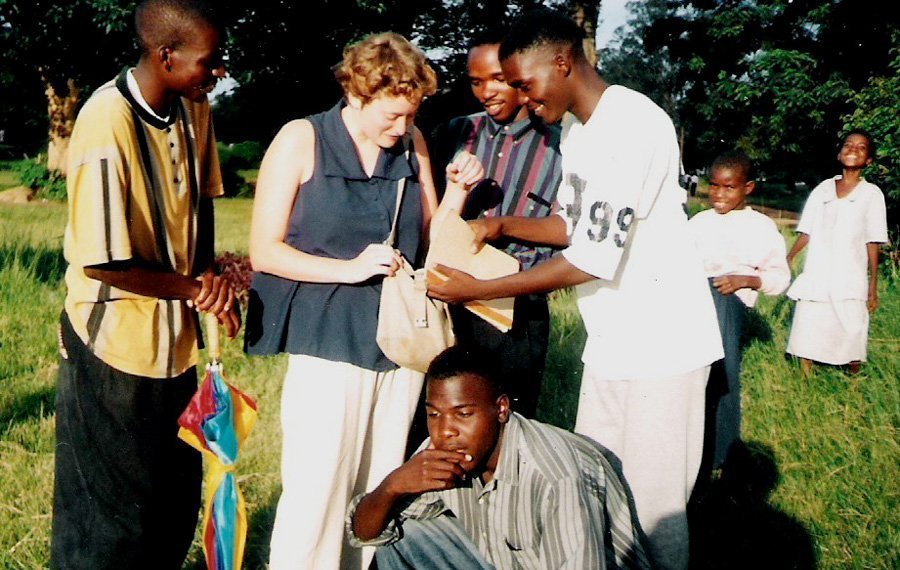 A charity is marking 20 years of supporting orphaned and vulnerable children in Zambia with a celebration in Witney this Saturday.

Cecily’s Fund was set up on September 2, 1997 following the death of 19-year-old Cecily Eastwood, a student from Stonesfield, in a car accident in Zambia earlier that year.

Over the last 20 years the charity has helped improve the lives of more than 20,000 children by sending them to school, offering them training and delivering life-saving health information.

And on Saturday a celebration is being held at St Mary’s Church to recognise the good work that’s been done over the last two decades, and to remember Cecily.

Her mum Alison said: “Cecily would be so proud of what has been achieved.

“Her fund continues to give hope to children in Zambia who need it most.”

Cecily had been teaching at a school in Zambia’s Copperbelt region during her gap year when the accident happened. Part of her work saw her run homework clubs for orphans in her spare time.

Many of the children supported by Cecily’s Fund have gone on to higher education, with some becoming teachers, business owners and engineers.

It is thanks to the efforts of more than 200 donors in Oxfordshire that the charity has managed to achieve this, from the initial £6,500 raised at Cecily’s funeral in 1997.

Cheryl Hooper, director of Cecily’s Fund, said: “It is a humbling testament to the human spirit that a tiny charity such as Cecily’s Fund has transformed communities and given life-changing opportunities for orphans in Zambia from our small base in Witney.

“Over the last 20 years, the charity’s work has resulted in helping over 20,000 orphans and vulnerable children get an education as a route out of poverty.

“None of this could be achieved without the loyalty of our hundreds of supporters, many who live in West Oxfordshire and who continue to believe in us.”