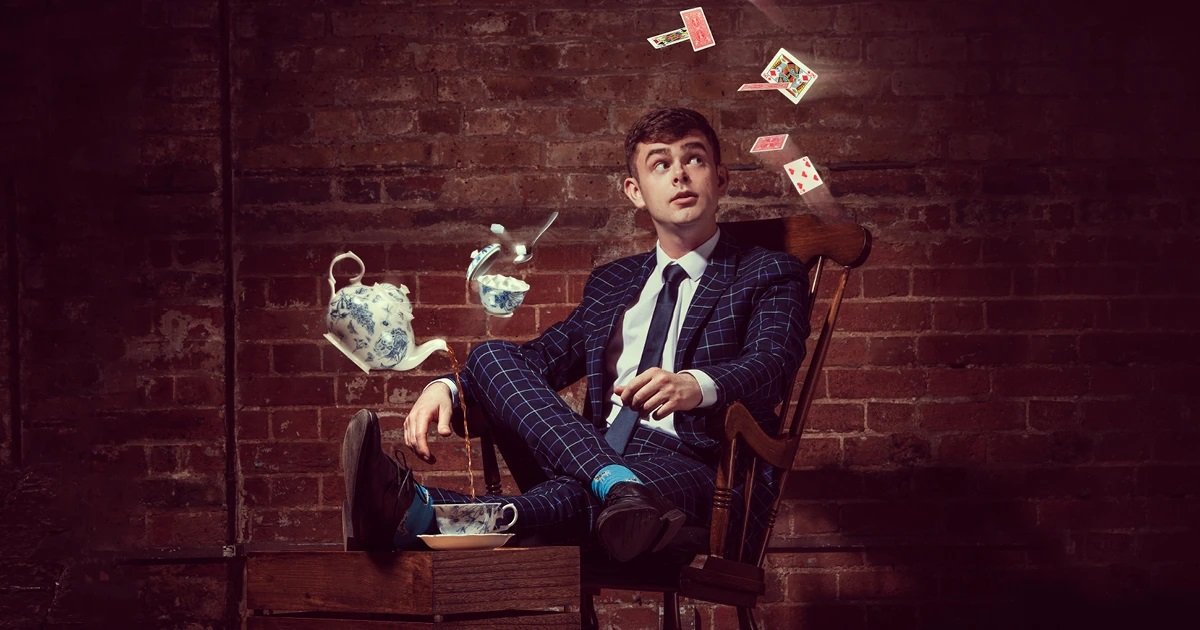 Tom’s UK tour follows his successful runs at this year’s Edinburgh Fringe, Cirencester’s BarnFest and London’s Wonderground. This will also be a return visit for Tom to the Mill Arts after a smash hit visit with his previous show.

What’s the show about?

Tom Brace loved his childhood. Roald Dahl, Cluedo and one film in particular from 1985… So come back to the future with some 90’s nostalgia and family fun for all ages.

Join him for a hilarious evening of 1.21 gigawatts of magic as he showcases his unique, incredible and totally pointless abilities in a new show inspired by his past! Featuring Tom’s unique blend of comedy and magic, the show promises to have a little something for everybody. Recommended for ages 8+

What do the critics say?

★★★★ “Go for the magic, stay for Tom’s charm and comedy”  Phoenix Remix

“Hilarious…joyfully daft…if you want to catch a magic show…this should be it!”   Sitting on the Fourth Wall

Who is Tom Brace?

Tom has been in magic for 4 years, quitting his office job in September 2017 after having his mind blown by a card trick at the Edinburgh Fringe Festival. He taught himself some magic, and mixed in some cheeky comedy into his show based on interaction with his audience.